RBG Reaffirms Her ‘Faker’ Criticisms of Trump, So Of Course He Demands She Leave the Court 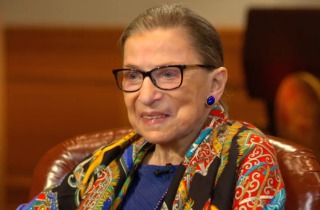 It’s unusual for Supreme Court justices to comment on daily political going-ons, but it seems those who think Ruth Bader Ginsburg will soon walk back her recent criticisms of Donald Trump can think again.

The notoriously candid justice has been receiving significant attention lately after poking fun of Trump and said his presidency would put America’s future in a toss-up. During an interview with CNN, Ginsburg tripled down and explained that Trump’s political thinking is completely spontaneous with no core principles whatsoever.

“He is a faker,” Ginsburg said. “He has no consistency about him. He says whatever comes into his head at the moment. He really has an ego.”

Ginsburg went on to say that she found Trump’s campaign “funny” at first, but then she bemoaned the amount of free publicity Trump gets from the media. Ginsburg said this was accompanied by what she saw as a lack of proper scrutiny on matters like Trump’s refusal to release his taxes until the IRS finishes its audit on him.

“How has he gotten away with not turning over his tax returns?” Ginsburg asked herself. “The press seems to be very gentle with him on that.”

Of course, Trump can never take an attack on him lying down, and his response was picked up the the New York Times.

Trump hits back at Ruth Bader Ginsburg, says her comments are a “disgrace,” should apologize https://t.co/GqM5JpFiEa pic.twitter.com/62cWz9uNOZ