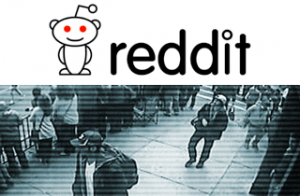 The social news site Reddit has been criticized for its crowd-sourced coverage of the Boston Marathon bombings over the last week, much in the way that old media organizations like CNN and the New York Post have. But while CNN president Jeff Zucker and New York Post editor Col Allan each strongly defended their respective errors, Reddit general manager Erik Martin wants the world to know that he has some regrets.

In a blog post Monday, Martin lauded some of the positive things that came out of Reddit’s post-bombing activity, but also acknowledged that some of that user-generated reporting “fueled online witch hunts and dangerous speculation which spiraled into very negative consequences for innocent parties,” linking to the story of one missing university student who was falsely accused on the site. “The reddit staff and the millions of people on reddit around the world deeply regret that this happened,” he wrote.

Martin added that Reddit has “apologized privately” to the family of that student, but was taking the opportunity now to “apologize publicly for the pain they have had to endure.” Referencing a Reddit rule that bars against posting personal information to prevent “witch hunts,” Martin wrote, “We hoped that the crowdsourced search for new information would not spark exactly this type of witch hunt. We were wrong.”

While Martin runs a very different operation from a 24-hour news network like CNN or a print and online newspaper like the New York Post, the events of the past week in Boston showed that it can be subject to many of the same ethical journalistic challenges. With its massive user base, Reddit is known for policing itself, but it is not a perfect system and sometime those in charge have to point out how and where things went wrong so they can strive to do better in the future.