Gylne Tider | Let It Be Video | Norwegian Let It Be
video

Remember That Crazy Norwegian “Let It Be” Video? Turns Out They May Have Tricked The “Celebs” Into Performing 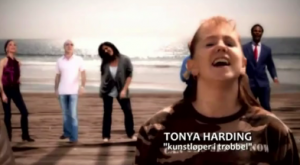 Last Friday, the entire Internet was asking one question: How did a ridiculously random group of celebrities think they could make a hilariously stupid video for a Norwegian TV show and not get caught. Well, it looks like we may have all gotten it wrong. The question should have been “How did a Norwegian TV show think they could scam a ridiculously random group of celebrities into being in their hilariously stupid video and not get caught?” Yeah, this story just got even better.

If you remember, the video featured such disparate celebs as Glenn Close, Lou Ferrigno, and Tonya Harding singing “Let It Be” to advertise the new season of Norway’s Gyne Tider. It turns out that the celebrities may not have thought that’s what they were doing and, in fact, thought it was all for charity. At least, that’s what David Faustino (Bud from Married with Children) told The Hollywood Reporter:

“’It was just one of those things that happened on the red carpet at some event, where a camera crew nabbed random, extremely gullible celebrities — apparently like myself — and asked them for an interview,’ he tells THR. Faustino adds that the singing portion was presented at the end. ‘They were, like, “We’re putting this video together and it’s for charity,”’ he says. ‘At least I remember I THOUGHT I was doing something good for somebody.’

Faustino admits it was his own singing voice used in the video, which, according to TV2’s website, took nearly three months to edit. As for whether his participation was obtained under false pretenses? Says Faustino: ‘Oh well. Live and learn. Fuck it. Let it Be.'”

Could this possibly be true? As Urlesque points out, it would explain why the video’s been taken off YouTube…

We’ve still got it here though! Enjoy the crazy video that inspired thousands of stunned blog posts last week (and, presumably, will now inspire at least a couple of lawsuits) below: