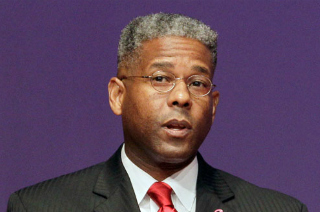 During a town hall meeting with his Florida constituents, Republican Congressman Allen West was asked a question about his role in a controversial incident, in which West interrogated an Iraqi detainee by firing a gun near his head. West took issue with being asked about the incident, and responded to his critics that “If you guys want to go back and talk about what happened nine years ago for me, let’s talk about the president doing blow.”

I agree. President Obama‘s past drug use should be fair game for discussion. But West and I think so for different reasons.

Rep. West, like many conservatives, likely believes that Obama’s past use of marijuana and cocaine is one reason the president is unfit for office. Asking more questions about his use of blow, they think, could show how the president is reckless and incapable of leading America.

I, however, want President Obama’s drug use mentioned more because it could force a discussion about drug legalization.

As I wrote last week, we should ask more questions like: “Why won’t President Obama support our right to ‘choom’ a doobie like he did?”

– Imagine if the same drug laws Obama favors had been enforced on him while he “choomed” doobies and rode the powdery white horse. Does he think that would be fair?

– Given his past drug use, does the president really think that drug use is a big deal? Big enough to continue cracking down, despite declaring as an Illinois State Senator that the drug war is a failure?

– What changed over time? Why did the president rightfully declare the drug war to be a failure throughout his political career, only to recant as soon as he reached the presidency?

– If the president “evolved” on gay marriage — an issue he was once in support of, again, before holding office — then why can’t he make a similar “evolution” on the drug prohibition?

Alas, those questions probably won’t get asked. But, at the very least, talking about the pure white snow he snorted could be a good start.

Watch Congressman West’s comments below, via The Shark Tank: