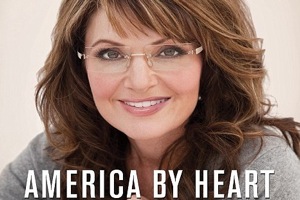 Book publisher HarperCollins seems to have gotten what it wanted from legal threats made to Internet publisher Gawker Media over leaked excerpts of America By Heart, the latest book published by Sarah Palin that hit bookstores yesterday. HarperCollins had previously alleged Gawker’s post was in violation of copyright law, and an injunction had been filed to remove the post from the site.

The publisher said on Tuesday night that Gawker had agreed to keep the material off its Web site and not post the material again in the future, according to a statement from Erin Crum, a spokeswoman for HarperCollins.

“America By Heart,” a follow-up to Ms. Palin’s 2009 autobiography, “Going Rogue,” went on sale on Tuesday. Ms. Palin began her book tour on Tuesday in Phoenix with a signing at a Barnes & Noble store, to be followed by appearances in 15 more cities in the next 10 days, including Des Moines, Iowa; Carmel, Ind.; Little Rock, Ark.; and Houston.

Ms. Crum said that a federal judge said that Gawker had published a “substantial portion of the book” and that it had “not used the copyrighted material to help create something new but has merely copied the material in order to attract viewers.” (On Saturday, the judge ordered Gawker to take down the excerpts until a hearing on Nov. 30.)

In an email to the NY Times Gawker editor Remy Stern explained why the post was not being republished, “now that the book is out and destined to appear on the bestseller list, we’re pleased that HarperCollins proposed settling this case as is, this avoiding lengthy litigation for both sides.”