Report: Trump Confidante Roger Stone Was in Contact With DNC Hacker During Election

Report: Trump Confidante Roger Stone Was in Contact With DNC Hacker During Election 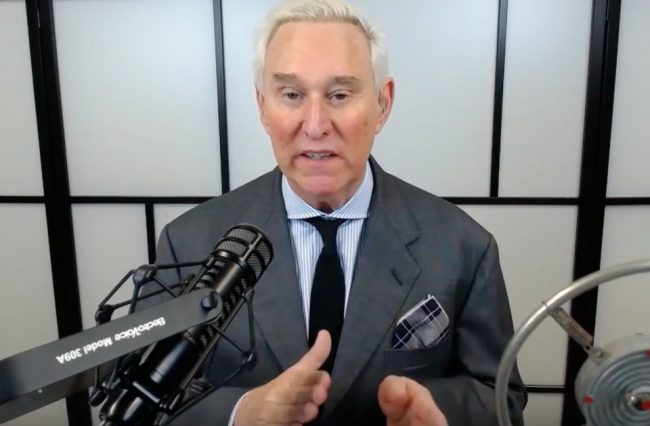 According to a report from Internet muckraker The Smoking Gun, Donald Trump confidante Roger Stone exchanged private Twitter messages with the Russian-aligned hacker accused by the FBI of hacking into the Democratic National Committee.

“The contact between Roger Stone, the Trump associate, and the Russian influence operation came via private messages exchanged on Twitter, according to a source. Stone’s contact was with ‘Guccifer 2.0,’ an online persona that U.S. officials say was created by Russian government officials to distribute and publicize material stolen during hacks of the DNC,” they reported Wednesday.

Asked about the allegation, Stone told The Smoking Gun that he couldn’t recall anything specific. He admitted sending messages to Guccifer 2.0 on Twitter, but said he thought those messages were public. When asked if he contacted Stone, Guccifer 2.0 in turn asked The Smoking Gun how they knew to ask that: “The [FBI’s] tracing me, reading my dm [direct messages] and giving u hints. no? :)”

Stone does have a history of defending the Russian hacker and during the election appeared to know the WikiLeaks dump of the Hillary Clinton campaign emails was coming.

@DailyCaller Censorship ! Gruciffer2 is a HERO.

Trust me, it will soon the Podesta’s time in the barrel. #CrookedHillary

On Saturday, Stone deleted tweets admitting he had a “back channel” to Wikileaks’s Julian Assange, who published the hacked info.