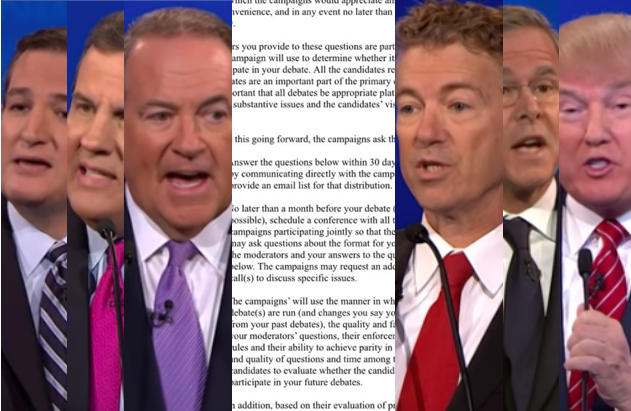 In a first draft of the letter, obtained by a “source inside the room,” Republican candidates ask networks to answer a range of questions about the time, location, camera angles, and even room temperature the network anticipates for the debate. Some highlights from that draft include:

A finalized version of the GOP demands is currently circulating online, but no campaign has officially signed off on the draft.

Breaking: @daveweigel and I have obtained the updated draft letter to the networks, finalized this morning pic.twitter.com/JsVHVKDS8O