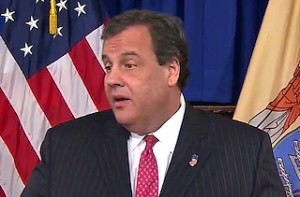 Let it never be said that Chris Christie lacked defenders on the other side of the aisle. With stories and allegations and unverified claims coming out every other day, it’s been a rough month for the New Jersey governor, but some Democrats have taken to defending Christie against some of the more serious charges being thrown him, and now you can add outgoing congressman Rob Andrews to the list.

The NJ Democrat announced his retirement today, and during his big press conference he actually stood up for Christie, though only so far as to defend him from the jaws of the hungry media.

According to Talking Points Memo, Andrews said from now on anything Christie says is going through the ringer because the media that’s covered his current woes like a hawk isn’t going to let up any time soon.

“I think he’s in the middle of this vortex of bloodsport right now where anything he says or does is going to be attacked because it’s good for ratings. And I do empathize with that. I don’t know whether he’s right or wrong, I don’t know whether what he did is right or wrong, there’s a process to find that out. But I do think that he’s in a position where everything he’s done now is ignored because of the controversy swirling around him and I think that that doesn’t serve the public very well either. So I do have empathy.”

The most recent allegation against Christie is the claim by David Wildstein that the governor knew about the lane closures as they were happening, with Christie defending himself by saying he definitively had no knowledge of the closures before they happened.