Rick Perry Makes Post-Debate Gaffe: ‘We Fought The Revolution In The 16th Century’ 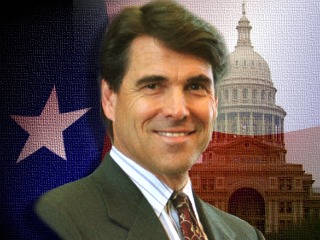 The political sphere — from the venerated marble monoliths of Washington DC to the fine film of perspiration and Funyun dust lining the keyboards of so many online commenters — is a strange one, and one that has taken an increasingly disturbing, if anthropologically fascinating, turn in recent times. Sometimes, perhaps because they’re nervous or impassioned or high on adrenaline, politicians get their facts wrong. It’s embarrassing, certainly, but they’re mostly human beings, and these things happen. But, as politics is a team sport where anyone with internet access has the potential to become a rabid hooligan, instead of demanding or expecting an apology when politicians inevitably stumble over their words or confuse their facts, people defend them. People defend them even if it means wrestling with semantics or fashioning historical timelines into a series of elaborate knots.

So it’ll be interesting to see how people who are not just supporters of GOP presidential hopeful Rick Perry, but fans of his particular team (and members of the opposing team) will react to a gaffe he made following last night’s Republican debate. Here is how MSNBC described the hiccup in history:

The Texas governor was comparatively energetic at his stop at the Beta Theta Pi fraternity on the Dartmouth College campus, taking questions on energy policy, Social Security, and states rights.

But he stumbled in his answer to a young woman’s question about states’ rights; Perry said that one of the “reasons we fought the revolution in the 16th century was to get away from that kind of onerous crown.”

The Revolutionary War was fought in the 18th century.

Not only that, it was fought against an advancing alien army, from another dimension, who were upset with the founding fathers’ decision to free the slaves and who wanted desperately to offer Paul Revere a reality series aimed at finding him a date, the rather saucily-named Riding with Revere. Maybe. Or not!

Again, everyone makes mistakes. Maybe Perry became confused over how centuries are named, jumping to a number ahead instead of a number following. Maybe he was caught up in the moment and didn’t realize what he’d said. What we’re more interested in is how this will be spun and how, exactly, it will be reported on and built into a wider narrative. Thanks to the hyperactive television news cycle and the internet, we now have greater access to candidates than ever before. We spend more time with them and they are better able to reach out to their supporters and detractors, often without the benefit of a prepared statement or teleprompter. So, naturally, they are going to make more mistakes and we are going to hear about them. And it’s not so much how politicians themselves deal with these gaffes that is interesting (or infuriating), but how those who either love or hate them and keeping tabs on them on home react and spin. And spin. And spin. So. We shall see.