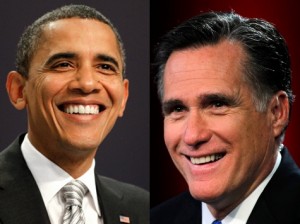 A new NBC/WSJ poll out Tuesday shows President Barack Obama with a four-point lead over presumptive GOP nominee Mitt Romney. But as is often the case with polls, some of the more interesting numbers were in the details. For example? Romney snagged zero percent of African-American voters.

Among key demographics, the poll noted that Obama had a lead over Romney. The most stark being when it came to African Americans: 94 percent to 0 percent. Via NBC:

His lead among those groups isn’t surprising, but hard for the number zero not to catch a person’s attention.

Romney, meanwhile, is ahead with whites (53 percent to 40 percent), rural voters (47 percent to 38 percent) and seniors (49 percent to 41 percent). In a sample of 12 swing states, Obama had a three-point lead, “a narrower edge in these battlegrounds than the eight-point lead the president enjoyed in the June and July NBC/WSJ polls.”

The poll further identified two obstacles Romney has: his image and his Medicare overhaul proposal.

In addition, a majority of voters (51 percent) view the former Massachusetts governor’s approach to issues as being “out of step” with most Americans’ thinking. By comparison, 54 percent say Obama’s positions are “in the mainstream.”

Obama’s challenge? The economy. More than six in 10 said they think the country’s headed in the wrong direction (“essentially unchanged from last month”) — and 44 percent said Romney has better ideas on how to improve the economy, versus Obama’s 38 percent.