Rory McIlroy Responds to Criticism for Golfing With Trump: Calling Me a Fascist Is ‘Ridiculous’ 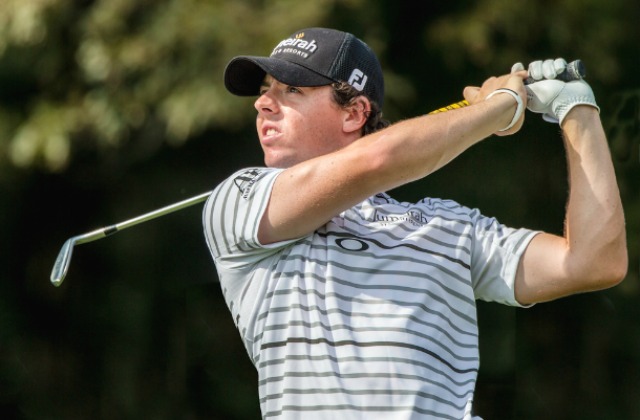 President Trump played golf a few days ago with pro golfer Rory McIlroy, and yesterday McIlroy posted a statement in response to criticism he’s received for golfing with the president.

Trump and McIlroy played a full round of golf––a brief, minor controversy a spokesperson had to clear up arose over that––in Palm Beach last weekend.

RELATED: Pro Golfers Tell the NYT: We’re Down to Hit the Links With Trump

This kind of shunning is actually important: A dishonest, authoritarian president must not be normalized https://t.co/SpF2B2gY8s

That was in response to the following statement McIlroy posted defending himself. He called it “ridiculous” that he’s being called a fascist or bigot over a golf game with the president: