Rush Limbaugh Blasts GOP: They Are ‘Throwing Away The Tea Party’
audio

Rush Limbaugh Blasts GOP: They Are ‘Throwing Away The Tea Party’ 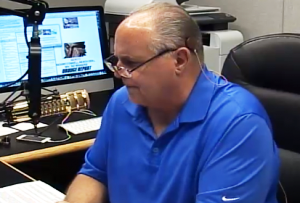 Rush Limbaugh is not happy with the Senate deal being hashed out between Democratic and Republican leadership, having some choice words for the latter. Limbaugh said that the GOP has just “agreed to not oppose anything,” because there’s too much pressure to be “Democrat-lite” and distance themselves from tea partiers to get anything done otherwise.

He mocked the “absolute insanity” that Democrats are advising Republicans on how they can win elections in the future and take the White House back from them. But as for the GOP itself, Limbaugh had a theory on why Republicans are just going along with this deal.

“I can’t tell you what the Republicans think they’re going to achieve, except this. I really do believe that some of this is oriented toward driving the conservatives out of the party.”

He believes that the GOP is “actually seeking to get rid of their conservative base,” “even if it takes 15 years in the wilderness.” Limbaugh went so far as to suggest that “throwing away the tea party” is like “Christmas morning” for the Republican establishment, who seem to be more embarrassed by their base than Democrats are about their “genuine, looney-tunes base.”

He concluded that, apparently, “it’s more important to be liked by the Democrats within the Washington establishment, I guess, than it is to have the current base that they’ve got.”