S.E. Cupp, Andrew Sullivan, Rush Limbaugh And The GOP: Can The Party Recover Unless Rush Is ‘Disowned Publicly?’ 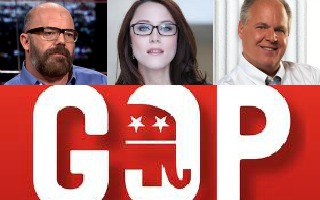 Self-styled conservative commentator Andrew Sullivan has kind words for MSNBC host and conservative columnist S.E. Cupp today. Cupp, who recently, and rather humbly, suggested that Republicans should not be afraid to call out prominent conservative voices like Rush Limbaugh when they make statements that reflect poorly on the Republican Party, ignited something of a firestorm. Sullivan, as he is wont to do, takes Cupp’s measured criticism to a new and absurdly hyperbolic level – saying that until Limbaugh and his ilk are “disowned publicly” by the Republican Party’s most influential members, the party cannot again achieve the success it once enjoyed. Both Cupp and (most certainly) Sullivan, however, are overestimating the importance that publicly agreeing with or disagreeing with a radio host has on the GOP’s electoral prospects.

“Sane conservative S.E. Cupp (her sanity means she has to be on MSNBC, not Fox) finally said it in last week’s cover-story for the New York Times Magazine,” Sullivan writes before reproducing Cupp’s offhand comment about Limbaugh to a Times reporter.

Sullivan goes on to postulate that the Republican Party cannot recover politically until its opinion leaders have publicly jettisoned any affinity they ever had for Limbaugh:

Nothing has been more harmful for conservatism these last few years than its ruthless pursuit of heresy, its relentless policing of dissent, and its surrender to the most insular, extremist nutballs on talk radio and Fox. Maybe even Roger Ailes is beginning to realize this. But let us honor and remember Cupp for saying what needs to be said. Until Limbaugh – and all the cynical, money-grubbing, racist demagoguery he represents – is disowned publicly by major Republicans, the party will have a trivial chance of recovery. He is their Sistah Soldja. And the GOP awaits its Bill Clinton.

One assumes that, in Sullivan’s mind, a round or two of self-flagellation as penance for sharing the same political affiliation as Limbaugh would also go a long way towards easing tensions.

The insularity of this kind of thinking is striking. One would assume that Limbaugh would have wrecked the party on the rocky shores of political irrelevance prior to his 25th year of national syndication. Only now, the thinking goes, two years after the GOP rebounded spectacularly from the recent nadir of its political relevance after the 2008 elections, does Limbaugh personify the GOP’s political toxicity. Only now is he the singular impediment to its political resurgence.

Nonsense. Politicians continue to enjoy successes and failures entirely independent of the entertainers or agree or disagree with them. It is understandable that, in the nation’s rarified urban enclaves, the popular consensus is that Limbaugh is one of the biggest obstacles in the way of a GOP rebirth. That is, however, a self-serving line of thinking.

Democrats do not stay up at night fretting over what liberal radio host Mike Malloy or comedian Bill Maher will say next on their programs that could reflect poorly on their party. In fact, I struggle to think of a time when any Democratic politician was asked to disown either performer over the many controversial statements they have made over the course of their careers. Save for Sullivan’s 21-year-old example, Democrats are almost never asked to be held accountable for the statements made by entertainers who share their political affiliation. Nor should they be.

S.E. Cupp is a valuable conservative voice. She is, as she would put it, “behind enemy lines” expressing conservative values and policy prescriptions on a daily basis for audiences instinctually hostile to conservatism. Her voice is critical to the party’s future success. However, she may be ascribing outsize influence to Limbaugh.

Cupp’s originally measured and noncontroversial comments have taken on a life of their own as partisans on both sides of the aisle sought to appropriate her comments or impugn the motives that her critics have assigned her. That said, the party’s political success is better served by not dwelling on performers who make inadvisable comments. It is, after all, the job of an entertainer to say things that keep an audience glued to their radio or television – chasing after every controversial comment made by performers of even a mild political affiliation is an endless and futile pursuit.

Limbaugh is not now and has not been the Republican Party’s most vexing challenge. Only in the minds of liberals and progressives is “disowning” Limbaugh a key priority for GOP. Republican consultants and campaign operatives have many, many more pressing problems to address first.