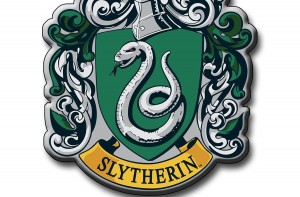 “Salazar Slytherin” was stripped of his trucking license in Kansas, in what is sure to come as a blow to Pureblood activists everywhere.

The Kansas State Corporation Commission found that Slytherin had been given “a notice of violation(s) of the federal motor carrier safety regulations” last December. When he failed to comply within the allotted ten days, the commission ordered that “Salazar’s Transportation Services, LP, d/b/a Salazar Slytherin of Gardner, Kansas is to be immediately suspended from all intrastate commercial motor carrier operations.”

For those not in on the joke, Salazar Slytherin is also the name of one of the characters from the Harry Potter series of novels. Slytherin founded one of the Houses of Hogwarts, but hid a deadly monster in the school in a secret chamber that could only be accessed through a secret tunnel in the women’s bathroom by the last Heir of Slytherin. Presumably, the Slytherin in Kansas changed his name in honor of the famous Parselmouth.

Of course… it doesn’t make a lot of sense that a guy who lived a thousand years ago would hide a chamber in a bathroom. They didn’t really have indoor plumbing back then. They definitely didn’t have pipes, which is how the monster gets around in the book. I guess maybe wizards looked into the future, and had Muggle technology back then? But then you’d expect, like, flying cars and hovercrafts in modern-day Hogwarts.

Okay, well, there is a flying car in “Chamber of Secrets.” But you know what I mean. Like the Jetsons.

And for that matter, why does a guy who lived a thousand years ago have one descendant today? That’s not how genetics work. Genealogists say that if someone who lived that long ago has even one descendant today, they likely are the ancestor of the entire human race. For example, did you know that everyone with even a little European ancestry alive today is descended from Charlemagne?

Of course, in the sixth book, they show Voldemort’s family and they clearly have some genetic issues. I guess it’s plausible that there was centuries upon centuries of incest, leading just to him. But it would have to be some extreme incest for there to be just one descendant, like brothers marrying sisters and daughters marrying fathers. For thousands of years. Gross, J.K. Rowling.

So anyway, he can’t drive a truck anymore.