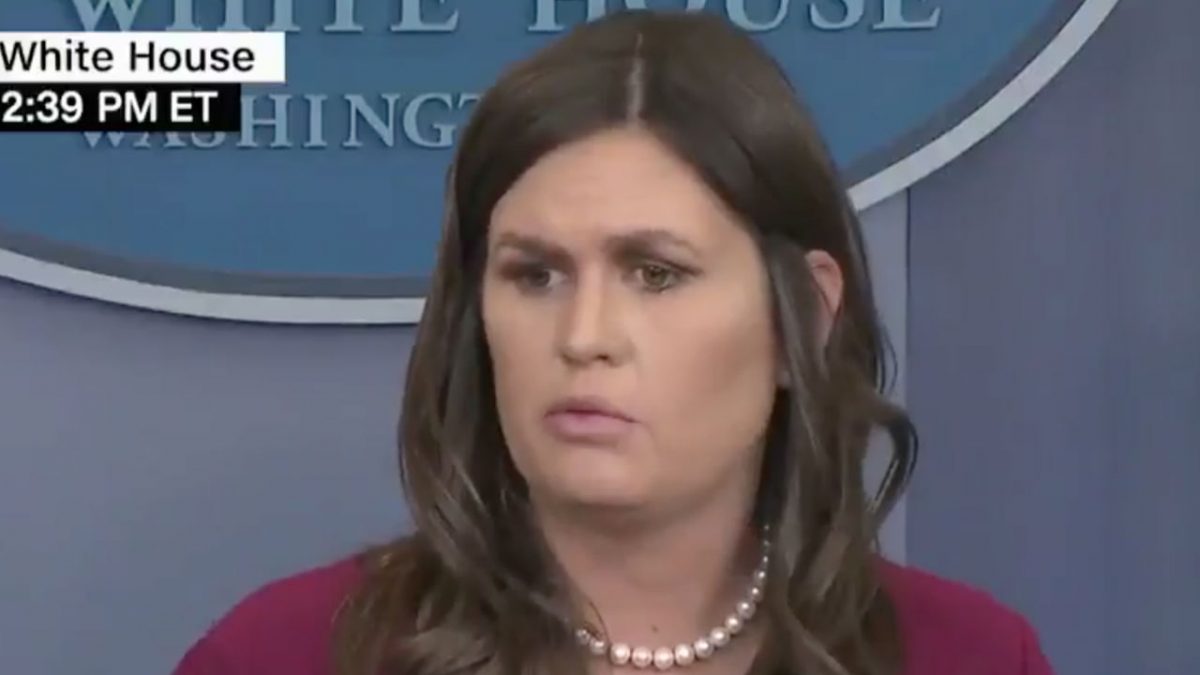 “Mueller Madness! Which of the angry and hysterical @realDonaldTrump haters got it most embarrassingly wrong? #YouDecide,” the press secretary for the President of the United States wrote on Twitter.

She then added a picture of the “Mueller Madness” brackets.

Mueller Madness! Which of the angry and hysterical @realDonaldTrump haters got it most embarrassingly wrong? #YouDecide pic.twitter.com/IkzUesDdub

The graphic, though, was not a Sanders original.

Instead, it came from The New York Post which published the graphic along with an op-ed by editor Sohrab Ahmari.

In the op-ed, Ahmari said this:

Special counsel Robert Mueller has definitively put to rest the collusion theory of President Trump’s election. That’s not a little embarrassing for the many journalists, talking heads, celebrities and instant experts who spent more than two years furiously speculating about Moscow ‘pee-pee’ tapes, treasonous rendezvous and the president’s imminent arrest.

The president’s haters no doubt wish to memory-hole collusion and move on to the next anti-Trump theory. But not so fast: We want to laurel the punditry “champion” — the one who peddled the most nonsensical nonsense, the wildest inanities, the weirdest theories and unsubstantiated stories.