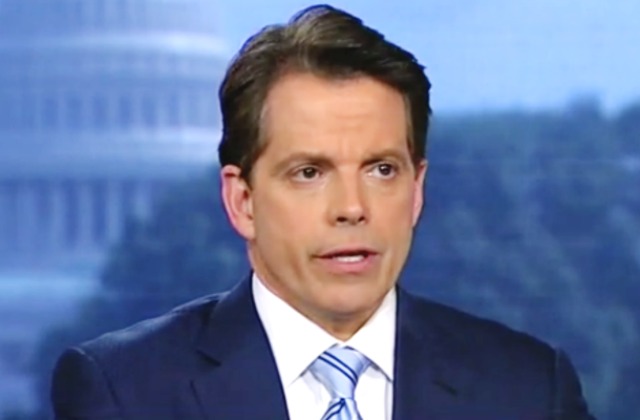 The Scaramucci Post is facing a lot of questions today after they asked the Twitterverse to decide on how many Jewish people died as a result of the Holocaust. 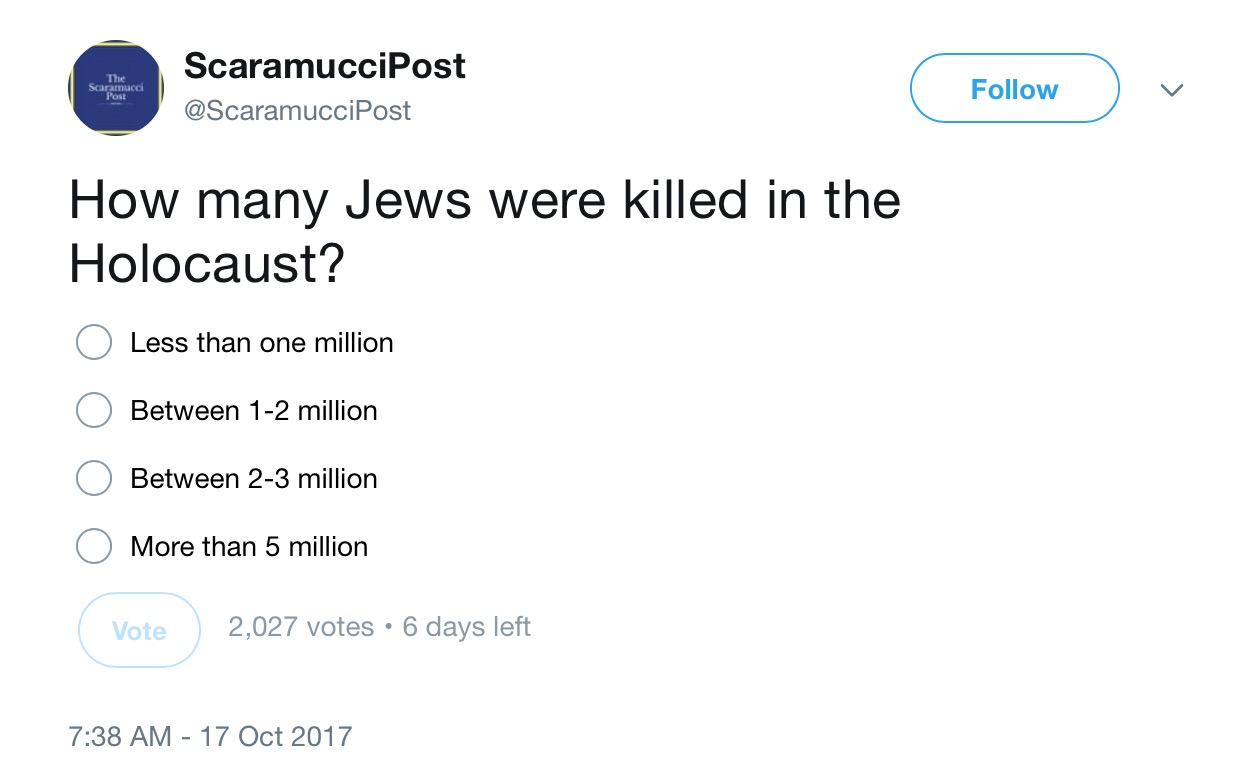 The poll is already getting a lot of reactions, and this should give you an idea of what the reception has been like:

Take this down now.

.@scaramucci, whatever you are trying to achieve here … it is not working. https://t.co/bUxYI4fH4g

The crazy thing is, one can’t tell if they’ve been hacked or not. https://t.co/LtN9mh1P6k

It was always going to end like this pic.twitter.com/Lqskxi4tG9

Are you serious @Scaramucci – please tell me this is a hack attack https://t.co/WePsnU2hOe

What in the actual fuck @Scaramucci? Likable goof to Holocaust denier?

According to the United States Holocaust Memorial Museum, approximately 6 million Jews were killed in the Holocaust, and millions more were murdered by the systematic Nazi efforts to exterminate undesired groups of people.

UPDATE – 9:54 a.m. EST: The poll has been deleted, and the Post’s social media team is apologizing to those who took offense to it.