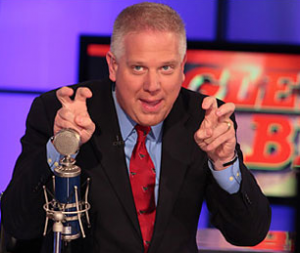 Journalist David Cohn is a self-described “liberal, intellectual, communist, media-elite, Jew-bastard from San Francisco.” And yet, unlike most of his “media-elite, SF, communist bastard friends,” he never missed Glenn Beck‘s show on Fox News. At least, not for the last year or so. Cohn says he wasn’t seeking out evidence for a liberal indictment of Beck, nor was it all a blogger’s stunt. “I’ve always been open to varying opinions. In fact, I seek them out,” Cohn writes. “This is not me on a journalism high-horse. It’s genuinely who I am. I don’t necessarily like arguing (I’m not a comment troller that goes around picking political fights) but I like to try and understand people and their motivating factors.”

So what did he learn by watching all that Beck? Cohn says the Glenn Beck who signed off Fox News Thursday night is smart, and it’s a mistake to suggest his viewers are “idiots.” And the show, he concedes, was endlessly entertaining:

When people say that he can work up a frenzy and scare people – it’s true. If you let your critical thinking guard down, you’ll be shaking your fist at everyone who “just doesn’t see” what’s happening. In terms of a media diet, if all you watch is Glenn Beck, then you’ll be convinced America is a stone’s throw away from a third world country.

While Cohn considers Glenn Beck the television program a “show” in the same way The Daily Show is, he doesn’t think Beck’s putting on an act:

If you believe, in your heart of hearts (as I think Glenn does) that Jesus is the only path to a noble and saved life, there is a Satan and that earth is a battlefield for the two – then everything that is playing out on Glenn’s show makes perfect sense. More than anything I believe Beck is a televangelist turned political pundit.

In Beck’s worldview there is little room for shades of gray. We live in a world where there is pure good and pure evil. The teachers unions, Marxists/Anarchists, Soros, etc., are manifestations of evil. At best, most liberals (and union members) are sheep being duped.

Will Cohn follow Beck to his new home at GBTV? Unlikely. He says he “became fascinated with him as a commentator” and “wanted to give him more credit than just writing him off as a loony. That’s for MSNBC to do.”