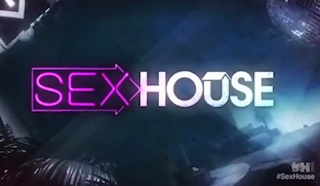 It’s been a good year for web-based reality show parodies. Over the past 12 months there have been a number of videos and web series that have perfectly skewered the different sub-genres that make up reality television (“sub-genres” being the smaller stylistic categories that all grander reality umbrella of “Awful Crap Watched Only by Idiots Who Are Wasting the Precious, Little Time God Gave Them on This Earth”). Last September, Funny or Die gave us “The Vote Off,” which took on competition reality shows. Then, just a month ago, we had the web series Burning Love, which did dating competitions. And now, the biggest name in the satire biz, The Onion, takes on one of the biggest names in the shit TV biz, The Real World, with a new web series that hilariously strips away all that “start being real” nonsense. The fictional show here is called, simply enough, “Sex House.”

Sex House parodies no just The Real World, but all the MTV and VH1 shows that followed it and attempted to make “entertainment” by purely stuffing a giant and “kooky” house with a bunch of morons, keeping them drunk the entire time, and seeing what happens. In the first episode, we meet the cast members and all the stereotypes are accounted for; the virgin, the party girl, and the one token gay guy (who, in this version, finds it really annoying that there are no other gay guys and he’s on a show named “Sex House“).

Like everything from the Onion brand, the parody is dead on, dark, and damn funny. Watch the first episode below: