Sorry Tammy Bruce, But Your Apology for Mocking a 10-Year-Old Rings Extremely Hollow 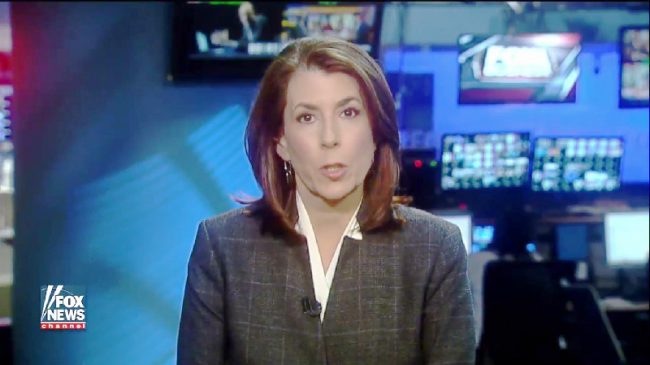 Well, that sure was nice of them.

This morning, Fox News anchor Bill Hemmer and Fox News contributor Tammy Bruce took to the air to deliver an apology to a 10-year-old autistic child and his mother. This comes on the heels of them devoting a segment last Friday night to tearing down the boy as well as the parenting skills of the mother, labeling the young boy a “snowflake” who was searching for a “safe space.”

So, was the apology enough and is it time for us all to move on? No and no.

First off, let’s just recap how we even got here. Hemmer, filling in as host of Tucker Carlson Tonight, and Bruce thought it was a good idea to use a cute viral moment involving the boy (named Michael) and Vice President Mike Pence as a discussion point. The topic – “Is our youth fragile?”

See, Michael had been accidentally brushed in the face by Pence during a military family event and followed the veep around asking for an apology until he received one.

According to Bruce, that moment showed “we’re giving birth to snowflakes now because that looked like that kid needed a safe space in that room.” She and Hemmer further discussed how Michael – who Bruce erroneously said was eight years old – “stalked” Pence because he “felt aggrieved.” Meanwhile, Hemmer would add that it seemed apparent that someone taught him how to get that apology.

Unbeknownst to them, the ten-year-old child is on the autism spectrum, something his mother noted during an appearance on CNN’s The Lead yesterday afternoon. During her conversation with host Jake Tapper, Dr. Ingrid Herrera-Yee pointed out how “devastated” she was when she watched the clip, explaining that she had seen it live because it was teased beforehand by Fox. It was evident to her that they knew nothing of Michael and were using his actions out of context to make some kind of point.

After asking for an apology, she ended her interview with some very direct and fair words:

“Please don’t use kids. Whether they’re typically developing kids — it doesn’t matter that he’s autistic or a military kid. Forget all that. He’s a kid. And you don’t use children as examples on national television like that.”

Bruce latched onto those words when she publicly apologized this morning, while also highlighting the fact that they didn’t know anything about Michael prior to doing the segment:

“I am so sorry to the family. My intention was never to hurt a kid and his mom. We had absolutely no idea that Michael was on the autism spectrum. And as a gay woman and feminist, I have spent most of my adult life working to improve the lives of women and children and those who are disenfranchised. I get it and I apologize… A main lesson here, no matter intent, is to leave kids out of our political discussions. We certainly agree on this.”

And therein lies the rub. Hemmer and Bruce decided to go after a kid and his parents on television without bothering to get even the most basic of facts beforehand. They didn’t know the kid’s age. They didn’t know Michael is autistic. They didn’t realize he’s only been verbal for five years. They knew nothing and apparently didn’t care at the time.

All that mattered is this was an opportunity to spew out some favorite right-wing buzzwords – snowflake, safe space, aggrieved — that go right to the lizard part of the average Fox News primetime viewer’s brain.

So yeah, this apology rings extremely hollow. Sure, many may look at it as Bruce taking ownership of her mistakes. But, let’s face it, she’s mostly blaming it on them not knowing Michael was autistic. (If he wasn’t, would it have been cool to go after Michael then?) Also, this apology would have almost certainly not have been given if Tapper didn’t give Dr. Herrera-Yee airtime yesterday to request Fox say they’re sorry to her and Michael.

And, finally, let’s ask ourselves these questions. If this were a CNN or MSNBC personality who decided to take shots at a military kid who is also autistic, how loud would the outrage be from Fox News and the rest of the conservative media sphere? Would an apology be enough? Would the cacophony stop until that person was forced to resign or was fired?

I think we know the answers to all of these questions.