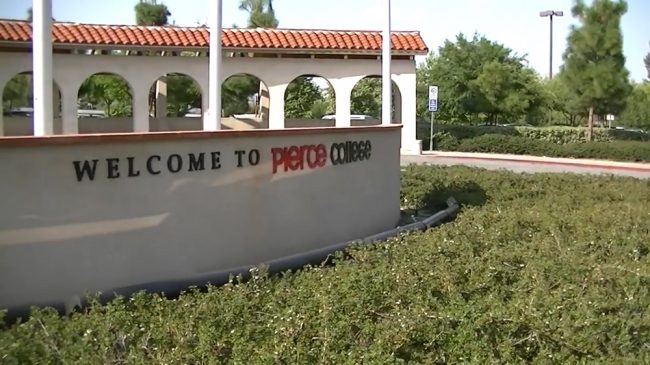 Kevin Shaw filed a lawsuit in a U.S. district court against his school, Pierce College in Los Angeles, California, after an administrator stopped him in November, 2016 from distributing copies of the U.S. Constitution.

The website Campus Reform spotlighted the litigation in a Monday post. Shaw, the leader of the campus chapter of Young Americans For Liberty, had been handing out copies of the founding document when a staff member “instructed him that he was not allowed to distribute literature outside of the campus free speech zone, which comprises just 0.003 percent of campus.”

The Philadelphia, Pennsylvania-based Foundation For Individual Rights in Education (FIRE) assisted the undergraduate in filing the lawsuit, which not only challenge’s Pierce’s “free speech zone,” but all such zones in the Los Angeles Community College system. It is the first such lawsuit in FIRE’s “Million Voices Campaign,” which “aims to free the voices of 1 million students by striking down unconstitutional speech codes across the country.”

Shaw blasted Pierce’s “unconstitutional campus policies” restricting free speech. Even if the student had stayed inside the “free speech zone,” he would have had to “fill out a permit application prior to using the small zone.”

The Washington Post also quoted the student in a March 31, 2017 article. He pointed out that “he was handing out copies of the Constitution after the divisive presidential election and that there had just been a large anti-Trump protest on campus. “Students had been yelling on both sides, left and right. I wanted to represent a moderate middle, people on the left and the right. We don’t have to hate each other.'”

The Post also noted that Shaw “doesn’t think of himself as either liberal or conservative, had objections to both Donald Trump and Hillary Clinton and voted for Libertarian Gary Johnson. He was hoping some of the students might join the chapter of Young Americans for Liberty at Pierce, which he heads.”