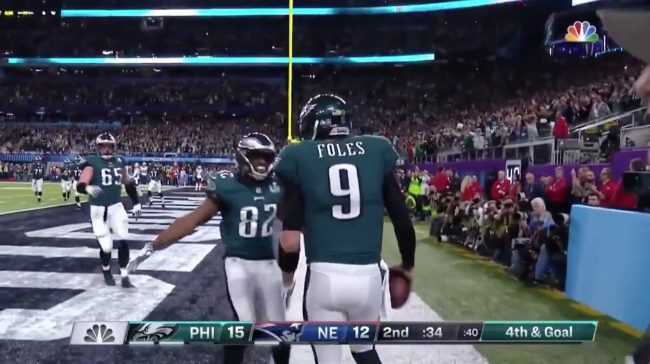 A year of NFL ratings declines culminated with yet another in its marquee event on Sunday night. And although this drop was only marginal compared with others this season which have been sizable, it represented an eight-year low for the most watched television event of the year.

According to Nielsen (via The Hollywood Reporter), Super Bowl LII between the Philadelphia Eagles and the New England Patriots scored a 47.4 overnight rating — down three percent from the game’s 48.8 number in 2017.

That marks a much smaller falloff than the 9.7 percent decline during the regular season, and the 14 percent drop during the Wild Card round of the playoffs (all three playoff rounds were down substantially.)

But the number still represents the smallest audience for a Super Bowl since 2010 — when the New Orleans Saints and the Indianapolis Colts pulled down a 46.4 overnight.

If previous numbers are any indication, the final tally from Nielsen should peg the total number of viewers at somewhere around 108 million.

CORRECTION: This article has been updated to reflect that the Indianapolis Colts played in the 2010 Super Bowl, not the Miami Dolphins. (The game was played in Miami.)