The Church, The State And The Contraception Mandate

The Church, The State And The Contraception Mandate 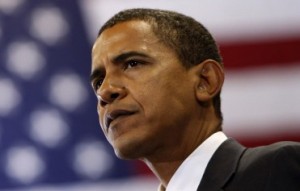 The controversy roiling about the HHS mandate has nothing to do with women’s health or contraception. Those simply form the emotional smokescreen employed by the proponents of this ill-conceived mandate to cloud a very bold challenge to the original intent of the First Amendment’s Establishment Clause.

The purpose of this challenge is to eliminate competition in the arena of social services and healthcare. It’s the same logic behind the administration’s drive to reduce charitable tax deductions. It’s less about punishing the rich than it is an effort to drive faith-based social services from the public square. The end game is to increase the number of people dependent on the state for these services, in effect buying their votes with services funded by other people’s money. In order for this effort to succeed, religion must be safely restrained within the houses of worship.

Contraception and sterilization were chosen because they are, for the most part, relatively safe and socially acceptable, that and the Catholic Church’s opposition to both makes it appear out of step with the modern world and the needs of women. And if ninety-eight percent of Catholic women use or have used contraception, then the disconnect between the Church and the people in the pews is all the more apparent. This issue is tailor-made for demagoguery with the state heroically trying to provide essential medical care that backward faith-based groups deny their employees.

The HHS Secretary could have just as easily mandated that all employers provide full coverage for a related element of women’s reproductive health: abortion. Of course, if the current mandate survives the scrutiny of the courts, I have no doubt the HHS Secretary will deem abortion medically essential and require faith-based entities to provide coverage for it, too.

The HHS mandate forces faith-based entities to choose between co-opting their values and participating in activities they consider sinful or retreating back within the walls of their respective houses of worship and abandoning the public charitable aspects of their ministries. The question that will surely come before the Supreme Court is whether or not the government has the constitutional power to force such a choice. Hopefully the negative liberties constitutional scholar Barack Obama complained about in that infamous radio interview still remain in force.

On the face of it, the administration’s decision to announce this mandate in the months leading up to the election appears to be a gross miscalculation. Had I proposed that the incumbent president in my latest novel pick a fight like this in the midst of his re-election campaign, my editor would have struck it down as totally implausible. Fact is often stranger than fiction, and the HHS mandate is either political incompetence or a deliberate attempt to distract people from the serious issues that could scuttle the president’s re-election chances—the economy, the deficit, the debt, rising gas prices, etc. Mr. Magoo or Machiavelli.

Were the pendulum of liberty to continue on a progressive trajectory toward tyranny, we might see religion in this country managed by the state, as it is in China. My fifth novel dealt with the church-state conflict that still exists between the Vatican and China, and even in a work of fiction I could not have envisioned Order No. 5. On September 1, 2007, China’s State Administration for religious Affairs implemented Order No. 5, granting the atheists who govern China the power to regulate Buddhist reincarnation. In China, even the afterlife is under government control.

In truth, the state should keep its hands off of contraception and reincarnation. If health insurance was acquired by individuals through personal health savings accounts, then the HHS mandate could not exist. The principle of subsidiarity holds that nothing should be done by a large, complex organization that can be done as well or better by a smaller, simpler organization. A direct relationship between patient, doctor and health insurer is far more efficient and preferable to bureaucratic monstrosity of Obamacare and its constitutionally questionable mandates.
Liberty is a zero-sum proposition. The more liberty an individual enjoys, the less control the state can exert over the individual, and vice-versa. Religious liberty was so important to the Founders that they explicitly protected it from government encroachment in the Constitution. The separation of church and state has since been perverted by some to mean an exclusion of any religious reference from the public square. The HHS mandate is an extension of this mode of thinking.

Tom Grace is a No. 1 internationally bestselling author and architect in private practice. His latest novel, The Liberty Intrigue, is a political thriller set in a present-day US presidential election. Follow him on Twitter @tom_grace and his website www.tomgrace.net.