The Decade’s Deaths, By The Numbers
the aughts

The Decade’s Deaths, By The Numbers 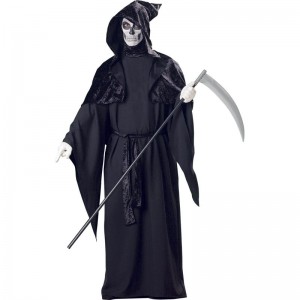 2009 is probably feeling a bit abashed, counting down the minutes until the infant 2010 is born. Starting with John Updike‘s January death, it’s been widely decried as the Year of the Celebrity Death. Well, what good is the Internet if not to second-guess the specious claims of people trying to sell newspapers? (Or blog ads?)

Those who are familiar with my pieces on Mediaite may have noticed that I’m a bit of a data nerd. So I took this analysis a step further, grokking every important death listed on Wikipedia and crunching the numbers. They are here:

As this chart clearly illustrates, 2009, so far, has actually been the second lowest in the aughts in terms of the deaths of well-known people. While Wikipedia’s definition of well-known might be broader than yours, it’s a pretty objective measure. 2009, you are vindicated.

There’s also hopeful news in these numbers – the age at which people die just keeps climbing (with the exception of an aberrant 2000).

These numbers are all well and good, but it certainly didn’t meet my needs for really digging deep. So I created the following tool. It lets you sort all 2,115 deaths by age, date of birth or death, and color codes them by the decade in which they were born. Further, rolling over the image gives more detail about whose death it represents.

Why do I make these things? Because I love you. Happy holidays, and a happy new year. Stay healthy. And, if you’re 78.24 years old, you might want to talk to a doctor.

Philip Bump writes the Wayback Machine column for Mediaite, and loves data. Follow him on Twitter here, and map your city-to-city moves this decade on his cool interactive map here.