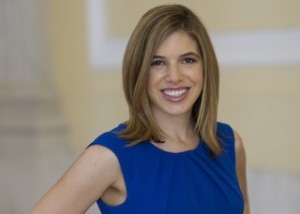 In a whole new level of dedication to craft, The Hill‘s Judy Kurtz went into the belly of the beast to investigate the effects of a proposed law that would replace the dollar bill entirely with coins. Kurtz went to Archibald’s Gentleman’s Club, “DC’s premiere gentleman’s club since 1969,” to get the straight skinny on how the proposed law would affect women whose primary source of income is all about the Washingtons. Will patrons still be able to “make it rain” without putting somebody’s eye out?

According to Kurtz, Archibald’s manager is not sanguine about the prospect:

Daniel Harris, owner and manager of Archibald’s Gentleman’s Club in downtown D.C., is not ready to endorse the legislation. The businessman said with a laugh that chunks of change just won’t work in his establishment: “You can’t put a coin in a garter belt.”

Harris goes on to tell Kurtz that “he has handled ‘millions and millions’ of dollar bills since Archibald’s opened in 1969,” a fact that could, by itself, prove a tipping point for support of the new law. “I think it would be very awkward for everyone involved,” Harris told Kurtz. “How much more would a coin weigh than a dollar bill? It would be very hard.”

Yeah, I see what he did there.

I have always, personally, found strip clubs distasteful. The creepy-eye-contact, relentless attempt to cop a feel vibe of the dude-to-dancer transaction just makes me wanna barf. The stigma surrounding sex work in this country, plus our weird cultural repression around sex, leads to much more exploitation than empowerment.

Even so, there’s no reason that these women necessarily have to suffer. The best option would be for the creeps at strip clubs to quit being such cheap bastards. Barring that, though, if single dollar bills ever really did go out of circulation, the clubs could easily sell paper chits at the door, similar to casino chips, to achieve the same effect. Such a system would, however, carry the disadvantage of “sticker shock,” when these guys realized just how much this hobby was costing them.

The bill promises to save taxpayers money, not because coins are cheaper to produce than bills, but because they last longer:

Each year, the Bureau of Engraving and Printing produces around 4 billion $1 bills — nearly half of all paper currency made.  And each year, more than 3 billion of these dollars are pulled from circulation, shredded, and sent to landfills.  That is nearly 15.2 million pounds of paper currency every year.

Not only are dollar coins recyclable, they have an average circulation of 30 years. When you do the math, a single dollar coin can do the job of up to 17 dollar bills over the course of its lifetime.

This analysis, of course, doesn’t account for the jillions of additional dollars that taxpayers will lose to couch cushions, and to the tip cup at Starbucks when they confuse the new coins with quarters.

While it looks to me like the strippers will likely survive the Dollarpocalypse, kudos to Kurtz for identifying a great hook to a dry legislative story, and going the extra mile to get it.