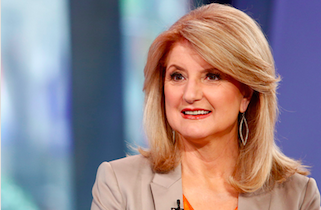 Re/Code’s Kara Swisher is reporting that the Huffington Post may not be part of today’s mega-deal between AOL and Verizon.

AOL, which was purchased today by the telecom giant for $4.4 billion, is reportedly looking to sell its “Huffington Post content unit,” possibly worth $1 billion on its own, to the highest bidder. (AOL bought the news site was purchased for $300 million in 2011.)

While the deal is still far from finished (making Arianna Huffington a Verizon employee), there’s already a number of possible buyers: Swisher reports that a few private equity firms are interested, as well as the German media company Axel Springer.

A possible sale would likely give HuffPost more money to fund its growth, a task which has apparently been difficult for AOL:

High content costs and the ability to monetize those assets — AOL also owns TechCrunch and a number of other content properties — has been hard for the company.

AOL’s earnings report from Q1 spells out the difference quite clearly: Its “Brand” group — which includes HuffPo and TechCrunch — grew its revenue by eight percent over the past year and posted operating income of $13 million. Meanwhile, its “Platforms” group — which specializes in automated ad sales on other publishers’ properties — grew by 21 percent but lost $10 million.

Of course, Verizon could pony up more dough for the site’s leader, Arianna Huffington, part of a alleged strategy to own more content. But sources said a spin-off was far more likely.

(By the way, we have to point out that business analysts are describing the Huffington Post as a “content unit”.)