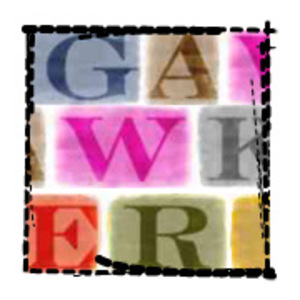 With many still buzzing about the deal between AOL and The Huffington Post, the speculation over which websites might be gobbled up next is running rampant, and a consistent theme emerging, including from the New York Times, is that Gawker Media could be the next target. But while Gawker, Gizmodo, and Deadspin (among others) have well earned traffic and buzz, there are many reasons why this probably won’t, indeed probably can’t, happen.

First, they could become a major liability both legally and for the image of any major corporation. In a mostly loving New Yorker profile on Gawker’s founder Nick Denton, it was revealed that nearly every week at least one of Denton’s nine sites receives a cease-and-desist letter regarding stories that involve potential libelous claims.

Now one can respect and enjoy that tenacity, but companies with the kind of money that can buy Gawker probably would not. Gawker itself thrives on scandal and controversy.  From the anonymous story entitled “I Had a One-Night Stand with Christine O’Donnell” to an attempted outing of John Travolta (which provided the “ins and outs” of an alleged sexual encounter) to sex videotapes,  Gawker relishes in spectacularly raunchy tales that many might still be ashamed to publicly admit reading, much less owning. Oh, and there is also the issue of one of their sites (albeit a smaller one) that ostensibly covers Internet porn.

Such unsavory controversy and the immense potential liability each story carries would either require any large potential buyer like AOL to disavow their risk-averse and advertiser-friendly persona, or require Gawker to fundamentally change what they do. Neither possibility seems likely. Another reason why this is not likely to occur is that Denton exhibits an entirely different, more press-shy personality than Arianna Huffington.

Less significant, but relevant to the Capital “J” Journalism crowd is that Denton proudly utilizes “check-book journalism,” the practice of paying for stories/gossip, which is frowned upon by journalism purists who believe a story becomes tainted when the source is paid to provide it. Denton, according to the New Yorker, refers to the technique as issuing “bounties” and that one “should be willing to pay ten dollars for every thousand new visitors you hope to attract.” Would a large company, concerned about its image and reputation allow that to continue, and would Denton even want to have any strategy questioned when it’s become integral to his success?

Finally, Huffington appears to have made a wise wager trading some independence in exchange for making her website one of the most significant media properties in the country (she made the television talk show rounds Monday night to discuss the new opportunities). Denton, meanwhile, claims he is unwilling to make that same tradeoff. But one has to wonder whether his trashing of Huffington’s decision is just envy of her big payday?

Denton, “in the fashionable mode of modern media executives, declines a corner office” according to the The New Yorker, opts instead to proudly sit alongside his staffers. Maybe running websites – sites that he created, along with the freedom to deliver all the type of content that he knows his audience cherishes – is simply priceless to him.

But if there is a price, major corporations may not be willing to pay it.