The Media’s McRib Mania: Explaining The Phenomenon And Obsession 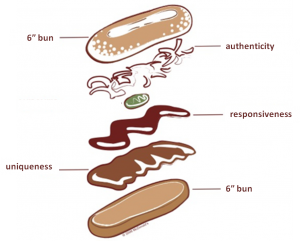 The McRib, which McDonald’s brought back just last week, is a lot like Brett Favre: it never really goes away, its meat is regularly joked about, and the media is obsessed with it. But why?

Every time McDonald’s brings the McRib back, stories about the the alleged sandwich are as easy to find as the thing itself. The Awl’s Alex Balk wrote that he’d gladly shave a few years off his lifespan for the sake of a McRib. Salon’s Francis Lam used the sandwich to symbolize “all the obvious fakery we’ve been gobbling up” during this year’s campaign season. Stephen Colbert, too, saw political metaphor between those sesame-seed buns. All Bill Clinton had to do was say the word McRib, and an entire news cycle was suddenly filled.

So what drives the McRib’s dubious popularity? Is it nostalgia, or just the abundance of easy jokes it presents? Esquire consulted a chef, who suspected that it may simply be the taste. But that can’t be right. Blake Bower at Ogilvy PR has a more sensible answer: powerful brand marketing.

Not only has McDonald’s embraced the sandwich’s following, the company feeds its fans through interaction and responsiveness. While engagement is a no-brainer at this point, one-on-one interaction is still rare for organizations of any size. Obviously, social media channels allow for an opportunity to strengthen a bond and delight an acknowledged customer. Any organization on social media must engage – it’s not on a wish list, it’s on a must list.

As Bower also points out, McDonald’s wisely gives the sandwich only a limited time in the spotlight because, as McDonald’s USA President Jan Fields acknowledges, “people get tired of it.”

So the next time you groan at a McRib story in the Wall Street Journal (or, um, Mediaite), rest assured: it’ll be over soon enough.