The Media’s Recession Obsession: How Poor Are You?

The Media’s Recession Obsession: How Poor Are You? 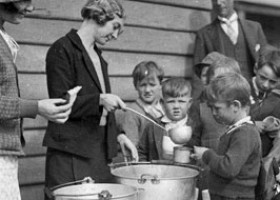 Putting a human face on the “the most severe economic crisis since the Great Depression” appears to a hot topic in many newsrooms this month. Sure, we’ve been getting lots of coverage on the dwindling economy since the market crash of last fall, but recently, the news is getting personal – it wants to know about you and your personal riches-to-rags experience. And they’re doing everything they can to make it as easy as possible for you to tell them all about your financial struggles – so that, in turn, they can tell you about your financial struggles.

One thing the recession hasn’t diminished is our culture of narcissism – even when we’re poor, we still like to talk about ourselves! Fortunately, there are plenty of us in the media eager to listen.