California Kidnapper To Knock Town Halls Out of Headlines?

California Kidnapper To Knock Town Halls Out of Headlines? 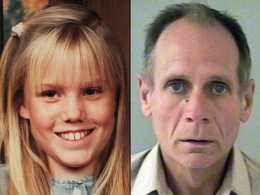 We have one full week left of summer. Headlines this past month have been dominated by coverage of rowdy town hall meetings (which arguably began as headline fillers and then took on a life of their own), and this past week by Ted Kennedy coverage, which will conclude tomorrow with Kennedy’s funeral and burial. However, yesterday’s horrific revelations that child kidnapper Phillip Garrido had not only been keeping Jaycee Dugard prisoner in his backyard for the last 18 years, but had also fathered two children with her, looks to be the story that will dominate headlines in the coming days.

Cablers and networks alike are no doubt scrambling as we speak to score an interview with Dugard, who was literally snatched from the curb of her house whilst her stepfather was watching from the porch never to be seen again. Dugard, now 29, has two children fathered by Garrido, ages 15 and 11, none of whom, including Dugard, have attended school. The story, which broke on Wednesday, began to creep into the national headlines last night, after the details of her ordeal came to light, the more sickening of which is Garrido’s declaration that he’s somehow turned his life around since kidnapping the little girl: “Wait ’til you hear the story of what took place at this house. You’re gonna be absolutely impressed. It’s a disgusting thing that took place in the beginning. But I turned my life completely around … I’m so sorry.” Here’s a quick look at how the story progressed.

From CNN, to local, to Gawker, to Today (VIDEO)