“The Netizens”: When Your Internet Anonymity Will No Longer Protect You

“The Netizens”: When Your Internet Anonymity Will No Longer Protect You 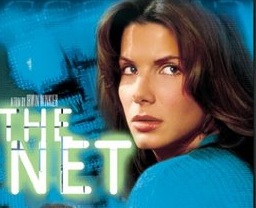 This weekend’s New York Times Magazine story reads like something out of a Philip K. Dick or William Gibson novel: China’s Internet vigilantes or “netizens” who have the time and resources to track you down – that’s the real you, not the virtual you – and administer justice for any perceived wrongdoing. Can you imagine if people in America got it together enough to go find out the home addresses of everyone on the comment boards they frequent? It’s stories like this that make us wonder if China’s Internet firewall is such a terrible idea to begin with.

Perhaps the creepiest part of the entire story is the forums that netizens go on to track down people’s personal information – usually crowd-sourced from other users – which are referred to as “human-flesh search engines.”

But the Chinese public’s primary understanding of the term is no longer so benign. The popular meaning is now not just a search by humans but also a search for humans, initially performed online but intended to cause real-world consequences. Searches have been directed against all kinds of people, including cheating spouses, corrupt government officials, amateur pornography makers, Chinese citizens who are perceived as unpatriotic, journalists who urge a moderate stance on Tibet and rich people who try to game the Chinese system.

Unsurprisingly, this practice has made it’s way over to America via infamous forums like SomethingAwful and 4Chan. In one instance, someone sold a new Macbook on the SA forums, and when it was never delivered, the self-described “goons” went on a real-life manhunt for the woman who had taken the cash but never delivered the goods. The thread ominously ended with one user uploading a video of her house as he drove by it.

Some would argue that this would be the obvious next step in social-networking: Considering the issues that Mark Zuckerberg‘s Facebook and Google have been facing recently for lapsing on their privacy settings, it’s pretty obvious that most people’s greatest fear is leaving an Internet paper-trail that could lead back to their very real lives. But that very may well be the cost of putting your videos, opinions, and personal statements out into the world wide ether.