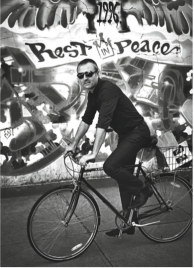 The long-rumored, much-anticipated (in the blogosphere, anyway) New Yorker profile on Nick Denton is out this week and geez is it long. Ten thousand words long to be exact. And yet in all those ten thousands words I’m not convinced writer Ben McGrath reveals a whole lot of new information about the man behind the Gawker empire beyond that the MSM has finally come round to thinking the “evil, soulless, Machiavellian puppeteer” (as he is often caricatured, according to the New Yorker) is now a sort of respectable voice of wisdom regarding the future of media.

Interestingly in a 10,000 word piece about the man who defined online snark and sharply barbed gossip there is little of the same aimed at Denton. The closest McGrath gets to revealing anything gossip worthy about Denton is a series of gentle gabs provided by friends and former employees aimed at describing Denton as he really is.

“He’s not, like, a sociopath, but you kind of have to watch what you’re doing around him,” Ricky Van Veen, the C.E.O. of the Web site College Humor, told me.

“He has fun when people say horrible things about him,” the blog guru Anil Dash said.

“I can’t lie to make him worse than he is, but he’s pretty bad,” Ian Spiegelman, a former Gawker writer, said.
“Other people’s emotions are alien to him,” Choire Sicha, another Gawker alumnus, said.

“He’s got a strong carapace of not really thinking other people’s opinions are that important,” John Gapper, a columnist at the Financial Times, said.

“He’s right,” Matt Welch, the editor of the libertarian magazine Reason, said. “He’s never right about me, of course. But people are lazy and not very good.”

“I mean, maybe he thinks he’s the one truly advanced human,” Anna Holmes, the founding editor of Jezebel, a.k.a. Girlie Gawker, said.

“Does he have parents?” Daulerio asked.

“I always imagine that he came fully formed out of British finishing school,” Holmes said.

“Part of getting to know Nick is ac- cepting that there are things you’ll never know,” Jeff Jarvis, the new-media critic and author, said.

“What can you do with a person like that?” Spiegelman said. “He’s a character out of Dr. Seuss, frankly.”

Fun, but not exactly the stuff a good Gawker post is made of. Of course this is a New Yorker article not a Gawker post, but all the same it’s hard not to wonder whether this piece would have packed a greater punch a year ago, before the Social Network dominated theatres and FourSquare dominated tech stories. In the article Denton tells an anecdote about Zuckerman vs. Zuckerberg. The former is representative of the “Old white man” media story that no matter how juicy now dies on the page traffic-wise, the latter is representative of the story that no matter how thin generates huge traffic (“Zuckerberg is the Angelina Jolie of the Internet,” says Denton). By the end of this biographically thorough piece I’d started wondering whether as Gawker gets more and more mainstream (and as a result far less fearsome) Denton hadn’t slipped into the Zuckerman category somewhere along the way.

Somewhere near the end-ish of the article Denton notes that a good Tweet of the piece might be titled “Ten Things You Need to Know About Nick Denton” or “Why Nick Denton Is an Asshole.” Since the article doesn’t do an overly great job of proving the latter (did no one have a damning IM exchange to hand over?) here are a few more highlights from the article, though presumably if you’ve read this far you will probably just go read the entire piece.

* Two years ago Denton, who is forty-four, set up a permanent base for the operation in a large loft in Nolita, which he increasingly shows off, as if to demonstrate that his bloggers do not wear pajamas all day long. They now make good money, sometimes in excess of eighty thousand dollars, with 401(k)s, and, soon to come, maternity leave (not that many of them yet need it). Roughly sixty of the company’s hundred and twenty staffers work on-site, sitting at three long rows of desks alongside Denton himself—who, in the fashionable mode of modern media executives, declines a corner office. There is also a roof made for hosting parties with bands and Ping-Pong tables.

* Denton is good but unnerving company. He often prefers to communicate via instant message, where the self, as expressed through a keyboard, is easier to regard, and therefore to keep in check. (His employees have internalized a kind of Morse code for deciphering his moods and intentions: “Hey hey” prefigures good news, for in- stance, whereas a lone “Hey” means business.)

*Denton told me about an afternoon he once spent with Zuckerberg, at a News Corp. retreat in Monterey, where they served on a panel together, performing for Rupert Murdoch. “I actually like the guy,” he said. “Apparently, his original idea for Facebook was this dark Facebook. Like, the idea was that it was going to be a place for people to bitch about each other, and then it evolved. It was interesting how agnostic he was about which approach to take.”

* Denton is a staunch believer in the primacy of vanity, and holds that calling someone ugly will always trump calling him incompetent or a thief. (His own first Internet humbling occurred in 2003, when he read a blog post about the size of his head: “I was cut to my core.”)

* “I think of us as being a little like the friendly barbarians,” Denton said. “You know, like, when the Roman Empire fell, there were the tribes that had come out of Mongolia, and each one that came was fleeing some other yet more barbarian group of barbarians. We’re the barbarians who can actually—probably—be hired to defend your gates.”