The Return of ‘McJobs’: Latest Job Report Shows Increase Thanks To McDonalds 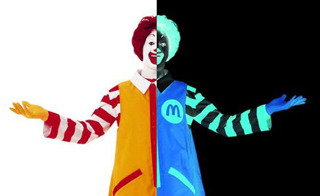 The April job report is out and there’s good news! 244,000 jobs were added last month and that’s over 20,000 more than were added in March. We’re back, baby! Of course, much of this was aided by McDonanld’s hiring of 62,000 people. But, what’s wrong with that? McDonald’s is as American as the apple pie you use to compliment that McGriddle. So who could possibly have a problem with people getting hired there? Well, most likely which ever political party that’s not in power.

Yes, the Democrats will assuredly be touting these numbers today with the same fervor they’d have if every position filled was as “Guy Who Kills Osama bin Laden.” However, it seems like it was only yesterday that the Democrats were dissing the Bush administration for only creating low-income jobs that could never support a family. And it was only last week that they were dissing the Reagan administration for the same thing. And the Republicans who were defending them at the time? Now they’re suddenly repulsed by the idea of working a deep frier.

Ah, but I suppose this complete personality shift is as American as the one we all have going from “Hey, we’re eating at McDonald’s!” to “Hey, we just ate at McDonald’s…” But, still, as the politicians and media members show up on TV this week talking up or shooting down the job report, don’t forget that they’re opinions will only last as long as the name following the word “President.”

Oh, and pay special attention to the conservatives who try to diss McDonald’s while still making sure not to offend any actual McDonald’s employees (see: Glenn Beck’s recent “These jobs are terrible!…but completely worthy of our respect!” comments). Not for any particular reason. Just because it’s hilarious.