The Rise of Culture 2.0
the aughts 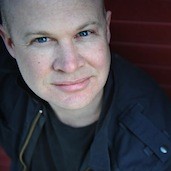 Almost immediately after the story broke, someone produced a picture of Woods and his wife Elin standing side by side American-gothic style, with Woods sporting a photoshopped black eye and broken tooth. Next came the insta-computer game, a little bit of flash animation where the player gets to control Tiger Woods in his Escalade as he runs away from his golf club-wielding wife. And of course there are the jokes, the thousands of one-liners dumped onto comment boards from one end of the internet to the next. All, of course, were widely circulated and linked on Twitter, Facebook, and countless blogs.

By the current standards of cultural commentary, this is completely unremarkable. Whenever there is breaking news of any sort, it is now standard procedure for the internet to take control of the story. Tabloid-level scandal provides the most fruitful ground (e.g. Michael Jackson’s death, Christian Bale’s famous on-set rant, David Hasselhof’s drinking), but there is hardly anything that is off-limits, from accidents and natural disasters to celebrities and political figures.

What is remarkable though is just how fantastic this all would have seemed in 1999. Sure, ten years ago we had the Internet, but we were still treating it as little more than a more efficient distribution platform for the existing media. Our essentially “broadcast” approach, with the privileged few sending their rare and valuable content out the to the many, was still firmly in place. So much so in fact that when Conrad Black launched the National Post in 1998, complete with fancy new website, the major objections were not that the business model of newspapers was obsolescent, but just that there were just too many dailies in Toronto already.

What changed everything was the development of what has been called “Web 2.0″, the collection of web-based applications that foster interactivity, modular interoperability and collaboration. These include social networking sites, wikis, aggregators, and blogs, along with dozens of other applications that allow people to share and revise content at will.

This is what the law professor and copyright reform activist Lawrence Lessig has called a shift from a “Read Only” (R/O) to a “Read/Write” (R/W) culture. A R/O culture is characterized by a sharp distinction between producers and consumers and is based on the lecture model of distribution. In contrast, in a R/W culture the distinction between producers and consumers breaks down, and the culture becomes more like a freewheeling dinner party than a lecture. Crucial to a R/W culture is open access to information that everyone has the ability to not only share, but also manipulate and transform. This is what underwrites the open-source, multiple-drafts, reuse/remix/recycle media ecosystem we might as well call Culture 2.0.

But as Lessig has pointed out, this isn’t so much a new development as a return to a culture that dominated right to the end of the 19th century. Until the arrival of mass media like radio, television, film, and phonographs, American culture was a mongrelized mess of folk-traditions driven by free-form borrowing, appropriation, and outright copying. And so when we look back over the last century and a bit, the heyday of R/O culture from the 1920s to the 1990s starts to look like a aberration, made possible by distinct but temporary level of analog technological development. The Culture 2.0 digital revolution is taking us back to a more democratic culture built around creative communities of sharing and collaboration.

This revolution has had at least three profound effects:

(1) First, it catalyzed the Copyright Wars, the decade-long fight over intellectual property that has raged between software developers, record labels, and publishers on the one side, and programmers, artists, and file sharers on the other.

(2) Second, it completely destroyed the business models of old media, in particular newspapers and broadcast television.

(3) Finally, it has pretty much put the old information gatekeepers out of a job – the producers, editors and journalists whose job descriptions involved managing and constraining the flow of information to the masses. The result is very much like Marx’s famous description of life under capitalism: “All that is solid melts into air, all that is holy is profaned, and man is at last compelled to face with sober senses, his real conditions of life.”

Of course in any revolution, the old order never goes down without a fight. Big Copyright continues to manipulate governments into passing draconian intellectual property regimes that suppress the rights of users, while News Corp boss Rupert Murdoch (owner of Fox News and the Wall Street Journal, along with other large properties) has declared war on Google, blaming it for profiting off his products while delivering nothing but empty page views in return.

These are little more than the rearguard actions of a doomed ancien regime. The culture has changed from one marked by information scarcity to one of plenitude, and there is no longer value to be had in gatekeeping or rationing. We live now in an attention economy, and the result has been a transfer of power to the masses, who will shop their eyeballs and scarce time to the most interesting bidder.

While our culture is now “democratic” in the most literal sense of the word, the unanswered question is the effect this will have on the actual institutions of democracy. Many people are worried that civil discourse will suffer as we retreat into the echo-chambers of the blogosphere, while others are convinced that the demise of print media will lead to unfettered corruption at City Hall and on Capitol Hill.

These are not idle worries. If the rise of Culture 2.0 was the most important development of the first decade of this century, making sure we use it to build a properly functioning Democracy 2.0 will be the most pressing task of the second.

Andrew Potter is a columnist for Maclean’s Magazine. He is also the author of The Authenticity Hoax: How We Get Lost Finding Ourselves, forthcoming in April from HarperCollins.