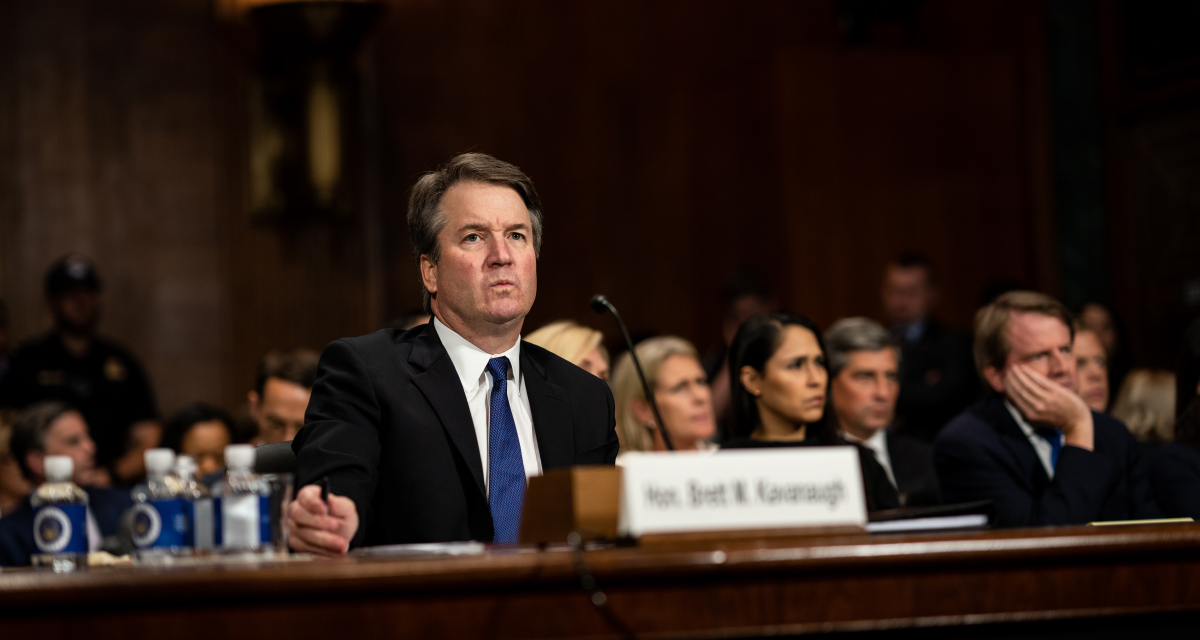 I have written before about some of the many problems which exist with Twitter, the platform which now, partly because of President Trump’s love of the outlet, dominates our dysfunctional political and journalistic discourse. Specifically, I have argued that Twitter is very liberally biased, but, even worse, absurdly lacking in transparency when it comes to the seemingly arbitrary enforcement of its rather nebulous rules.

However, during the past couple of weeks, as we’ve all endured the national nightmare of the attacks on, and eventual confirmation of, Brett Kavanaugh to the Supreme Court, it has become crystal clear that Twitter has far larger issues than even just those. I have now concluded that Twitter has contributed greatly to the deterioration of real journalism, the destruction our political dialogue, and the diminishing of the daily lives of many people, including myself.

Here is why and how.

Every Twitter account is valued most, not by the expertise of the person running it, but by how many “followers” it has. Similarly, every Tweet is perceived not primarily by the content of what is said, but by who is saying it and how many “retweets” and “likes” it has. This means that celebrity (a direct cause of mental illness) is intrinsically far more important than credibility.

The idea that popularity should have inherent overwhelming worth in serious matters of news should be dubious in a world where most people were well educated. In the universe where we currently reside, where most people are complete morons, it is absolutely asinine.

There is an unambiguous inverse relationship between how truthful a tweet is and how popular it is. A lie, strategically crafted to give a partisan group what they want to hear, will almost always be far more popular than the truth. The truth is usually rather nuanced and often not pleasing to anyone but to the people who hold the truth as scared, which is now a frighteningly tiny group.

Since any one tweet can only contain a mere 280 characters, substance can never possibly compete with style. This, combined with the way most people scroll through tweets, means that often the ONLY message which matters is the headline of an article, or the first line of a tweet.

Headlines have always been far too important in the media realm, but on Twitter they are EVERYTHING. Consequently, the promotional “tail” routinely wags the journalism “dog,” with intentionally misleading leads being rewarded, while truthful ones are usually not.

4. It Rewards a Cult Following and Promotes a Bubble

To be successful on Twitter, having a cult-like following is mandatory. This way everything you do or say is automatically considered “popular,” and therefore it is far more likely to be shared by others. This “popularity” then often makes the tweet “newsworthy,” thus creating a self-serving cycle.

This is effectively the “astroturfing” effect and it is a large part of why Donald Trump is currently the president of the United States. It also explains why those “Cult 45” members who only follow other people who like Trump are so morally convinced that he is the greatest thing which has ever happened to the country.

5. Virtue Signaling Is the Coin of the Realm

This is where Twitter as a forum is so incredibly biased towards liberalism or political correctness. By its very essence, it rewards “virtue-signaling” (not coincidentally, most “virtue-signalers” appear to be truly awful people) while greatly curtailing the ability of controversial/conservative views, or unpopular truths, to even get a fair hearing.

The number one factor most people consider when deciding to share a tweet is whether people will like them more, or like them less (and then maybe “unfollow” them!) if they do so. This means that when a tweet takes the more popular or easily defensible position (accused sex abusers are bad!) those who created the content are rewarded, while those who dare to take positions which are not easily explained in 280 characters are inevitable punished, sometimes severely.

The acclamation “drug rush” which many media members get for “virtue signaling” often gets them locked into false narratives and transforms them into overt activists.

One of the most dangerous elements of Twitter is that it is literally set up to promote “mob rule,” especially over emotionally-charged issues being decided in a time frame where is it very difficult to get all the facts. This facilitates an environment where, especially among media members terrified of being kicked out of their exclusive club, people become exceedingly hesitant to say anything which might be seen as committing blasphemy against the mob.

It’s no coincidence, and quite relevant, that far more media personalities have been punished for their Twitter activities than have ever been honored for it.

I care more about truly free speech than just about anyone, and probably have less concern about being publicly attacked than anyone else who is even remotely part of the “media.” However, even I have self-censored tweets which I knew to be 100% factual/truthful. After having been swarmed many times by the virtue-signaling Twitter mobs, even I have concluded that it is rarely worth it to even bother telling highly unpopular truths, and then be forced to respond to idiots for the next several hours.

Most areas of life are “cliquey,” but, especially in the media realm, Twitter is grade school on steroids. Those in the liberal media tend to only retweet what their “respectable” friends have to say and report. The same phenomenon occurs in the conservative media, though it is more complicated because of the divide created by Trump (it got REALLY complex during the Kavanaugh confirmation when the alliances got all confused).
Whether you are deemed to be worthy of sitting at the “cool kids” table is a far more important factor in whether your content gets shared than the substance or importance of what it is that you are saying. Also, what is considered “mic drop” banter is usually evaluated at about a sixth-grade level.

It is mind-blowing to consider how anonymous people laying around in their underwear likely played a key role in Trump winning the 2016 Republican presidential nomination. And that doesn’t even consider the Russian “bot” accounts which likely helped his general election campaign.

10. All Pain and Almost No Gain

I have sent over 100,000 tweets since I joined Twitter in 2012. It is depressing to think just how much time I have wasted, and how much extreme aggravation I have endured, during those six years. While it can be an effective vehicle through which to promote my Mediaite column and media appearances, even the ability to engage in legitimate debate with those with whom you disagree (the Kavanaugh mess proved that hardly anyone on Twitter ever changes their mind, regardless of the facts), or to hold people accountable for saying things which are untrue, has become dramatically reduced over time.

Thanks to the “block” and “mute” functions, pretty soon everyone will only be able to see the tweets of those with whom they are already likely to agree. That’s pretty much the definition of a broken system of dialogue, which is both emblematic of, and directly causing, the overall breakdown of our national conversation.

And that’s only the top ten.

—
John Ziegler hosts a weekly podcast focusing on news media issuesand is documentary filmmaker. You can follow him on Twitter at @ZigManFreud  or email him at johnz@mediaite.com