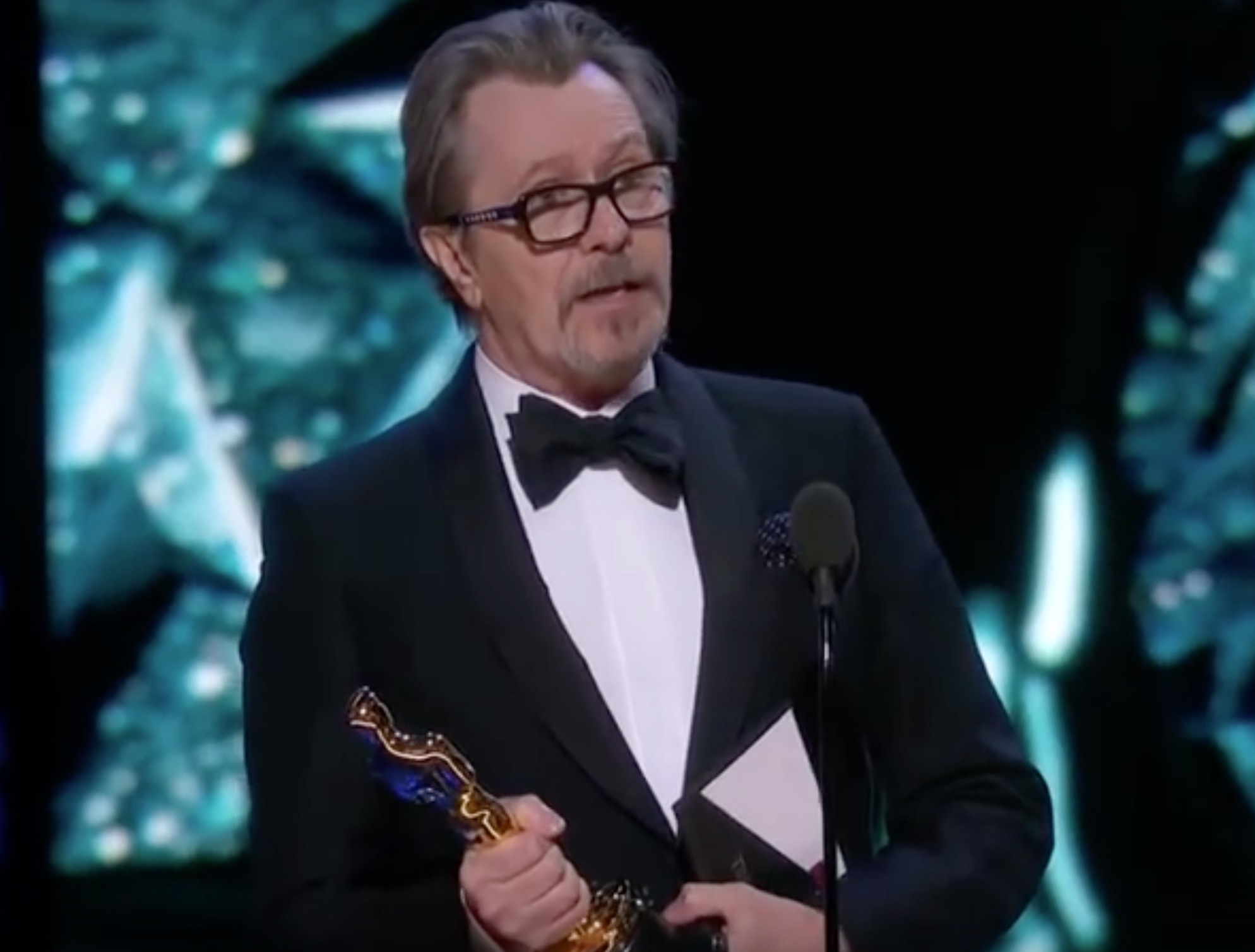 Gary Oldman is taking heat online over alleged domestic abuse after winning his first Oscar at the 90th Academy Awards.

Oldman, who starred as British Prime Minister Winston Churchill in Darkest Hour, was accused back in 2001 by his then-wife Donya Fiorentino of assaulting her with a telephone in front of their children.

“As I picked up the phone to call the police, Gary put his hand on my neck and squeezed. I backed away, with the phone receiver in my hand. I tried to dial 911. Gary grabbed the phone receiver from my hand, and hit me in the face with the telephone receiver three or four times. Both of the children were crying,” Fiorentino alleged at the time.

Oldman has denied the allegations.

GARY OLDMAN’S WIFE SAID HE BEAT HER WITH A TELEPHONE WHAT EXACTLY IS TIME FUCKING UP FOR ACADEMY? #metoo #timesup #oscars

With Kobe Bryant and Gary Oldman winning their #Oscars, looks like Academy is hellbent on rewarding rapists and wife beaters. Miles to go for #MeToo

GARY OLDMAN VIOLENTLY BEAT AND CHOKED HIS EX WIFE WITH A PHONE CORD #TIMESUP MY ARSE!!

Oh no!! Getting tweets that Gary Oldman is an accused wife beater. That’s sad. Welp. Time better be up for him. #TimesUp

We have learned nothing of #TimesUp or #MeToo.

When will time truly be the fuck up? https://t.co/o0CvNoTkf5

Why don’t they ask Gary Oldman about hitting his ex-wife in the face with a telephone? That seems relevant.

remember when gary oldman beat his wife with a telephone in front of their children? lol!!!! anyway, he’s nominated tonight for doing a funny accent in a fat suit. hollywood is cool

Koby Bryant faced similar viral backlash for winning his Oscar for Best Animated Short because he had previously been accused of rape. And last year’s Oscar-winner Casey Affleck bowed out from presenting at this year’s ceremony over allegations of misconduct that have since resurfaced in the #MeToo movement.