Trump Asks Why US Should Help Blue States During Pandemic

Trump is ‘Just Asking’ Why U.S. Should Be Helping ‘Poorly Run’ Blue States During Pandemic 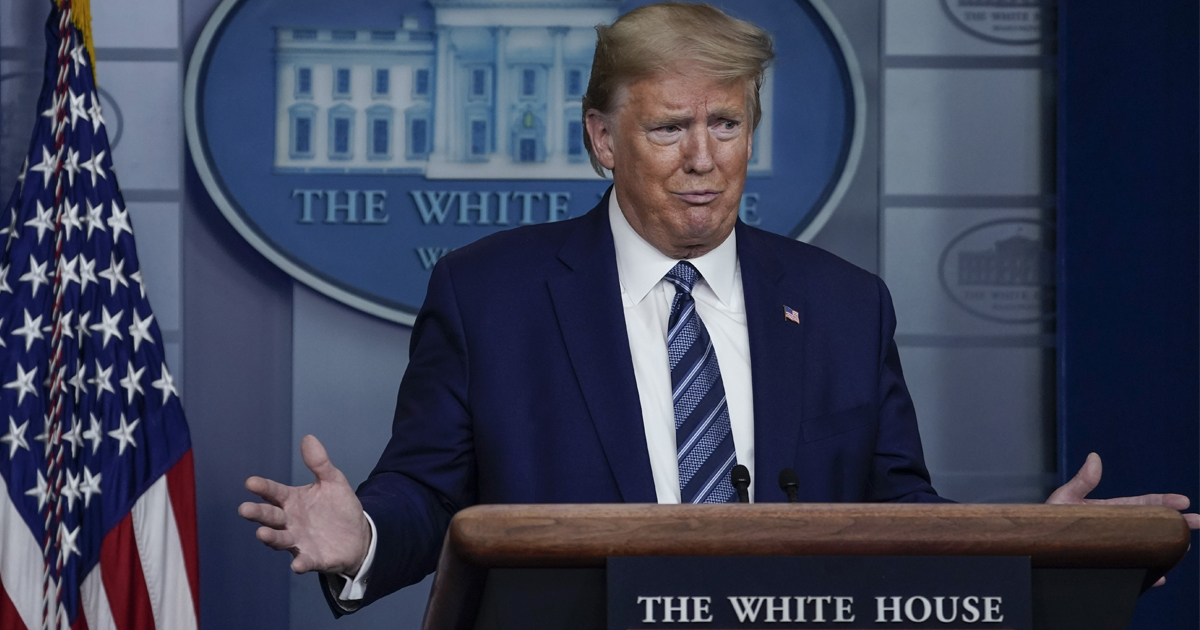 President Donald Trump took to Twitter on Monday to “just ask” why the U.S. should help bail out “poorly run” Democratic states amid the coronavirus pandemic.

His question once again labels the coronavirus as a partisan issue, mimicking previous tweets that called American citizens to “LIBERATE” states run by Democratic governors, including Michigan, Virginia, and Minnesota, which all hosted protests to strict stay-at-home orders.

Trump specifically singled out Illinois in his latest post, which has had a rise of more than 2,o00 cases since Sunday, making the total roughly 43,000 with a death toll of nearly 2,000.

“Why should the people and taxpayers of America be bailing out poorly run states… I am open to discussing anything, but just asking,” read his tweet:

Why should the people and taxpayers of America be bailing out poorly run states (like Illinois, as example) and cities, in all cases Democrat run and managed, when most of the other states are not looking for bailout help? I am open to discussing anything, but just asking?

Trump’s tweet parallels a notion by Senate Majority Leader Mitch McConnell, who suggested that states declare bankruptcy as opposed to receiving federal money throughout the pandemic. This outraged Gov. Andrew Cuomo (D-NY), who called the idea “really dumb” and compared McConnell to the “grim reaper” — pointing out that it was “ugly” to refuse to help a blue state in need.