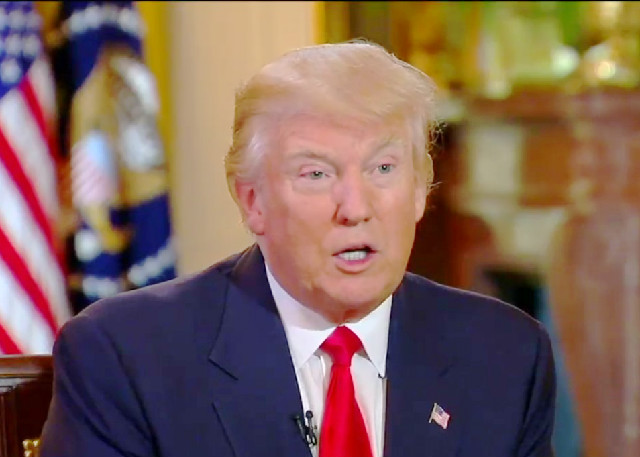 President Donald Trump weighed in Monday during the House Intelligence Committee hearing with a set of tweets cherrypicking highlights he found favorable.

At just after 12:30, p.m., the president tweeted out a clip from the hearing which showed FBI Director James Comey refusing to deny that he had briefed former president Obama about Russia-related phone calls made by Gen. Michael Flynn. Comey had issued many similar refusals to comment throughout the hearing for various reasons.

FBI Director Comey refuses to deny he briefed President Obama on calls made by Michael Flynn to Russia. pic.twitter.com/cUZ5KgBSYP

That tweet was soon followed by another from the official POTUS account that showed NSA Director Admiral Michael Rogers saying there was no evidence that Russia had falsified election results in a number of key 2016 battleground states.

The NSA and FBI tell Congress that Russia did not influence electoral process. pic.twitter.com/d9HqkxYBt5

Trump next added a clip showing Rogers agreeing with the claim that unmasking individuals picked up in intelligence gathering operations was a threat to national security.

Fourth up was a claim from Comey concurring that classified leaks had become “unusually active” in the Trump era.

Next came a disclosure that the Obama White House did have the authority to “unmask” U.S. citizens.

So far, assertions that his wiretapping allegations were false, or that he was the openly preferred candidate of the Russian government, have not been tweeted.