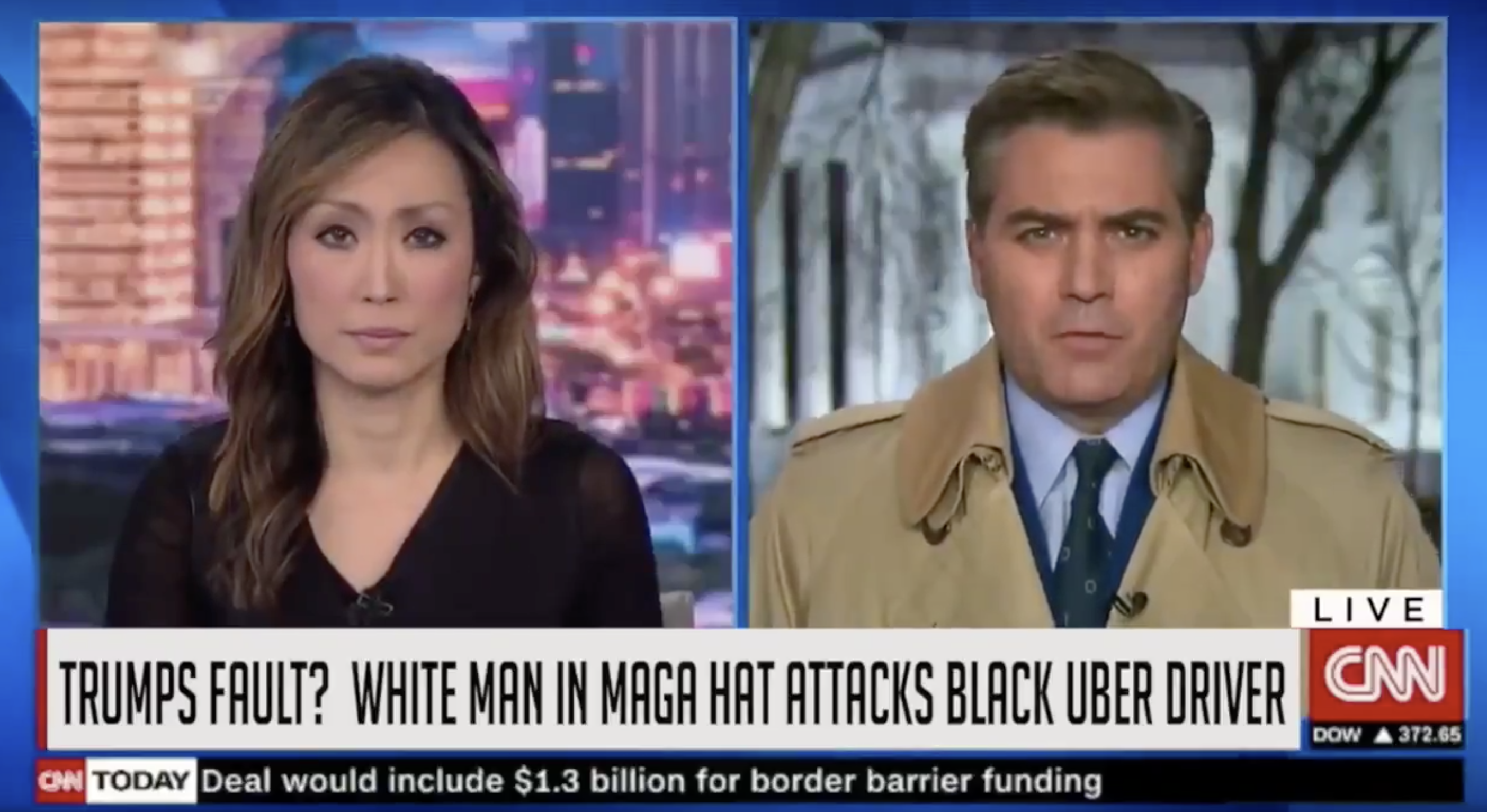 President Donald Trump posted a second video on Thursday night, this one using apparent, actual CNN footage with a clearly fake chyron, despite getting a Twitter warning label for “media manipulation” for a video two hours earlier.

The first video, which had a fake CNN chyron slapped on it that read “Terrified Toddler Runs From Racist Baby,” showed two small children running on a sidewalk. The video then cuts to an easier part of the original video where the pair run toward each other and hug, now without the CNN logo. The the screen goes black and text appears, reading: “America is not the problem. Fake news is. If you see something, say something.” The final message read, “Only you can prevent fake news dumpster fires,” a play on the Smokey Bear advertisement campaign.

An hour after Trump tweeted out that video Twitter added a “manipulated media” warning label to the post. The platform describes it as tweets that “deceptively promote synthetic or manipulated media that are likely to cause harm.”

The most recent video Trump tweeted is called “Another day in Trump’s America” and is more staged than his original meme of two toddlers hugging each other.

It initially shows a MSNBC screen in the background with the viral video of a Native American chanting in front of a smirking boy in a “Make American Great Again” hat from January 2019. It purports to tell the story of a Trump supporter helping an African-American man whose car was stuck, but gets mistakenly branded as a racist by online mobs. Later in the clip, what looks to be actual CNN footage of White House correspondent Jim Acosta with a obviously fake chyron “Trumps Fault? White Man in MAGA Hat Attacks Black Uber Driver.”

Acosta responded to Trump’s video calling it “not only bizarre,” but “bogus.”

Straight out of 1984… This Trump tweet is not only bizarre. It’s bogus. I never did a live shot on this so obviously the chyron is a fake. pic.twitter.com/aUl9v91dfh