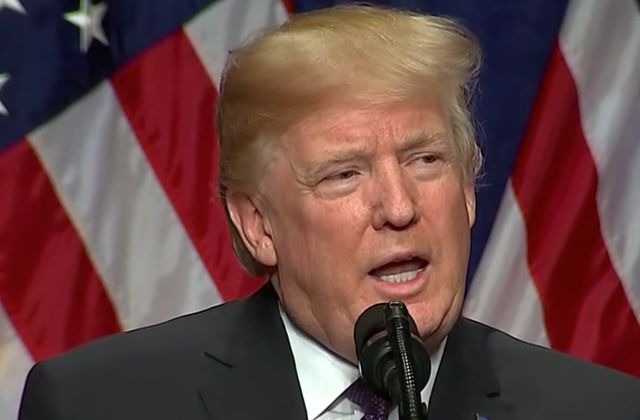 Per a new report out by Foreign Policy, President Donald Trump pushed his aides last year to come up with a plan to discredit FBI officials who were likely to testify against him inSpecial Counsel Robert Mueller’s probe.

The piece notes that during his Senate Intelligence Committee testimony in June 2017, ex-FBI Director James Comey brought up that he had spoken to other senior FBI officials about attempts by the president to interfere or disrupt the investigation into Russian election meddling and any collusion between the Trump campaign and Russian officials. Following Comey’s testimony, Trump’s attorney John Dowd warned the president that testimony corroborating Comey’s statements from other FBI officials would probably play a role in Mueller’s final conclusion.

According to Foreign Policy, Trump parroted Dowd’s advice to him to explain to aides why they needed to “fight back harder.” This then led to a targeting campaign that included Deputy FBI Director Andrew McCabe.

Since Dowd gave him that information, Trump — as well as his aides, surrogates, and some Republican members of Congress — has engaged in an unprecedented campaign to discredit specific senior bureau officials and the FBI as an institution.

The FBI officials Trump has targeted are Andrew McCabe, the current deputy FBI director and who was briefly acting FBI director after Comey’s firing; Jim Rybicki, Comey’s chief of staff and senior counselor; and James Baker, formerly the FBI’s general counsel. Those same three officials were first identified as possible corroborating witnesses for Comey in a June 7 article in Vox. Comey confirmed in congressional testimony the following day that he confided in the three men.

This report comes on the heels of Thursday night’s New York Times bombshell report that Trump had ordered White House counsel Don McGahn to fire Mueller last June. The president only changed his mind after McGahn threatened to resign.