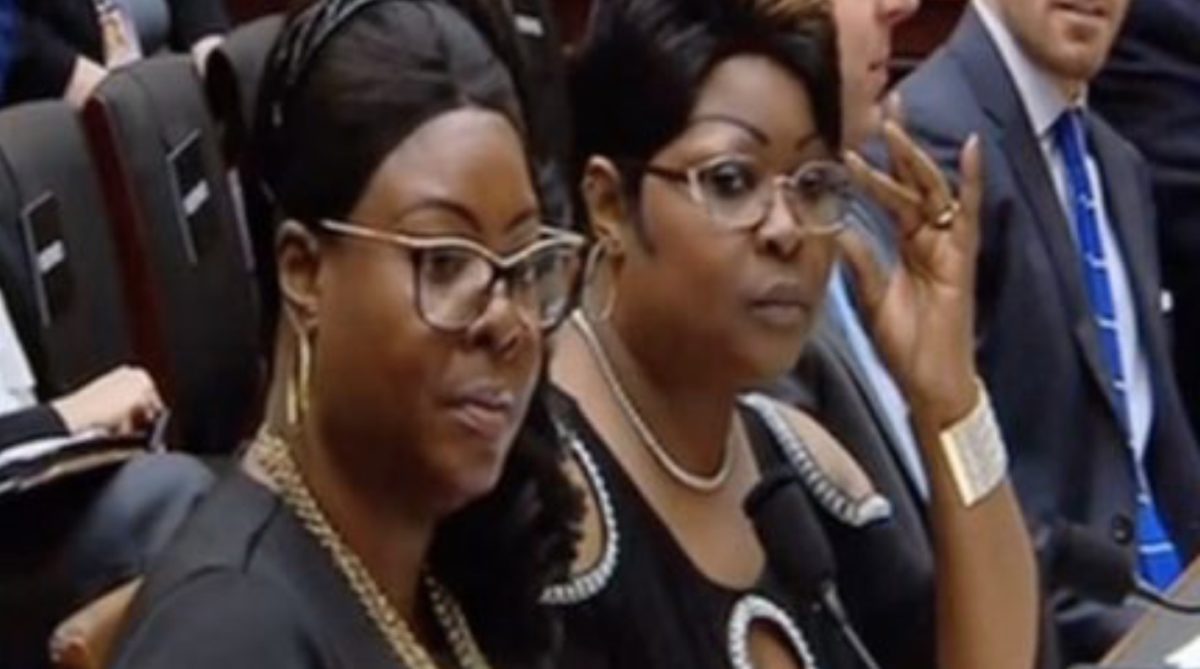 Fox Nation personalities (and frequent Fox News guests) Diamond & Silk are pushing back on the correction Fox & Friends made after they trashed Nancy Pelosi as a “nonfunctioning alcoholic” on Friday morning’s show.

During a hit in the 6 a.m. hour, Lynnette Hardaway and Rochelle Richardson tore into the House Speaker when they questioned her mental capacity and spoke of how “she looks like she is a nonfunctioning alcoholic and she slurs her words and rambling over her words.” While the Fox Nation duo didn’t explicitly mention a video, their comments were very much in line with the doctored video Rudy Giuliani shared Thursday evening which were purposely manipulated to depict Pelosi as drunk and/or mentally impaired.

After Hardaway and Richardson’s segment ended, Steve Doocy noted how their remarks seemed connected to those videos, telling viewers those comments were based on “not a real video. It’s doctored.”

Diamond & Silk are insisting, however, that they weren’t citing an “altered video,” and they are officially doubling down. The verified Twitter account for the conservative pair offered this counter to their Fox & Friends hosts:

.@DiamondandSilk opinion about Nancy Pelosi did NOT come from any Altered Video. We recently watched Nancy Pelosi in real time on live TV as we’ve done in the past. To Us, she looked like a Non-Functioning Alcoholic then & she still looks like one now #Intervention #AA #coverup

Diamond and Silk often appear as guests on Fox & Friends, so one can reasonably wonder about the wisdom of calling out the show on which they often appear for getting their correction wrong.

When reached for comment, a spokesperson for the network pointed to the on-air correction.