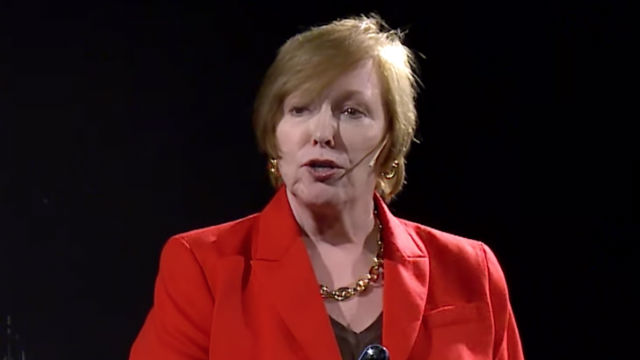 The head of the Centers for Disease Control is resigning a day after a big Politico report on her stock trading.

Per Politico, Brenda Fitzgerald bought shares in multiple companies, including a tobacco one — a curious move, given the CDC’s job to reduce tobacco use:

The Trump administration’s top public health official bought shares in a tobacco company one month into her leadership of the agency charged with reducing tobacco use — the leading cause of preventable disease and death and an issue she had long championed.

The stock was one of about a dozen new investments that Brenda Fitzgerald, director of the Centers for Disease Control and Prevention, made after she took over the agency’s top job, according to documents obtained by POLITICO.

Their report includes a statement from an HHS spokesperson saying, “Like all presidential personnel, Dr. Fitzgerald’s financial holdings were reviewed by the HHS Ethics Office, and she was instructed to divest of certain holdings that may pose a conflict of interest. During the divestiture process, her financial account manager purchased some potentially conflicting stock holdings. These additional purchases did not change the scope of Dr. Fitzgerald’s recusal obligations, and Dr. Fitzgerald has since also divested of these newly acquired potentially conflicting publicly traded stock holdings.”

The CDC Director has resigned after it was reported she bought shares in a tobacco company one month after she took over the agency tasked with persuading smokers to quit. pic.twitter.com/BRkspBfb8K