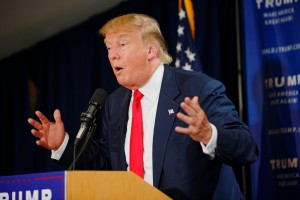 While the Donald J. Trump campaign still tries to figure out how to mount an effort that can rival the infrastructure of Hillary Clinton‘s, they made a new hire late on Monday: Jason Miller, who once served as senior communications adviser for Ted Cruz.

It’s a move that on the surface seems like a solid investment for the campaign that is dwarfed in size when compared to its likely Democratic rival. Bloomberg reports that Miller will most likely, “take the lead role over the Trump campaign’s message and interactions with the news media.” This is an area where Trump has gotten dinged in recent weeks; many view the presumptive GOP nominee as having botched his first post-Orlando statement with a self-congratulatory Tweet, while the real estate mogul failed to weigh in on yesterday’s historic pro-choice Supreme Court ruling at all.

However, Miller had some backtracking to do on social media before accepting the job.

As a top operative for the Cruz campaign, he regularly bashed Trump, who at the time was their fiercest primary rival. As the accusations flew against “Lyin’ Ted,” so too did Miller go on a tear to label Trump #SleazyDonald. All of the Tweets have been deleted, but of course, since it’s the internet, people screenshot everything and so here you go: 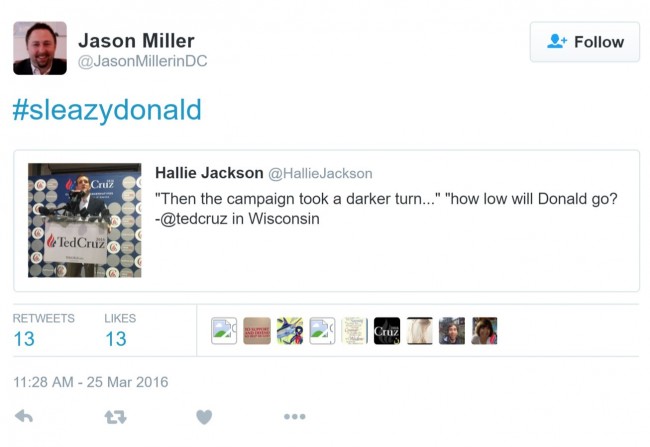 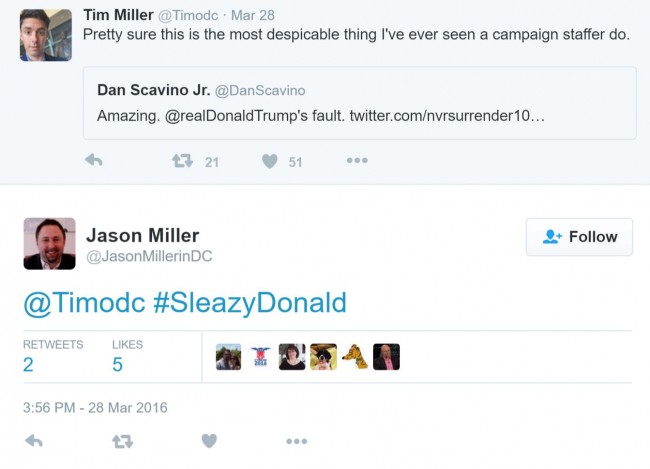 Here, note Miller’s use of the phrase “Trumpbot” to describe his newest boss. He then makes reference to an infamous 1997 interview where the real estate titan where he said his own “personal Vietnam” was the process of avoiding sexually transmitted diseases while sleeping around. 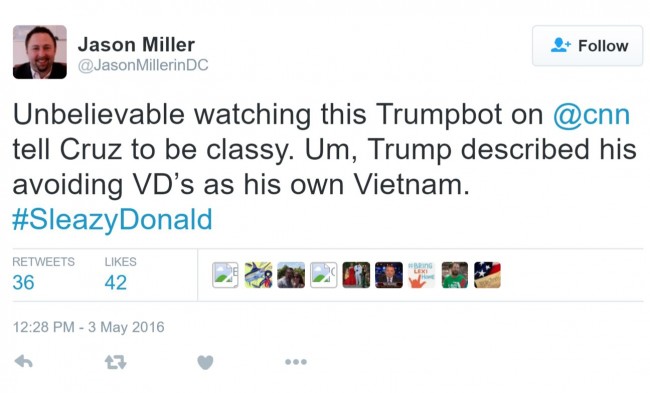 And here are some other times when Trump’s newest senior advisor harangued him publicly: 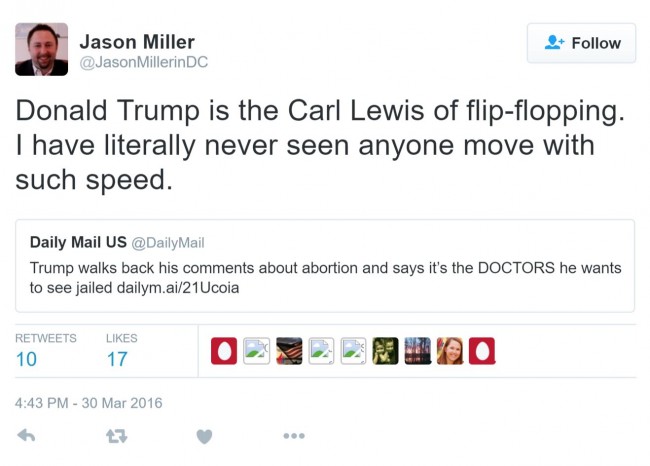 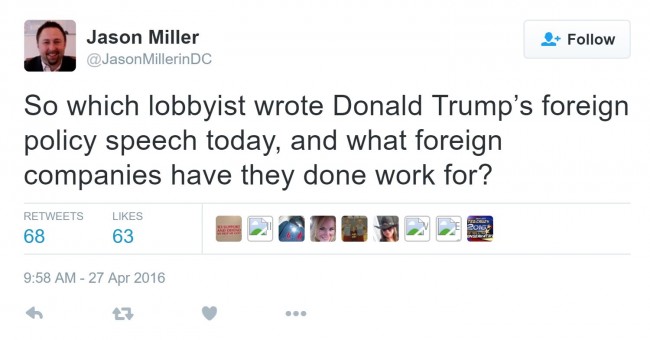 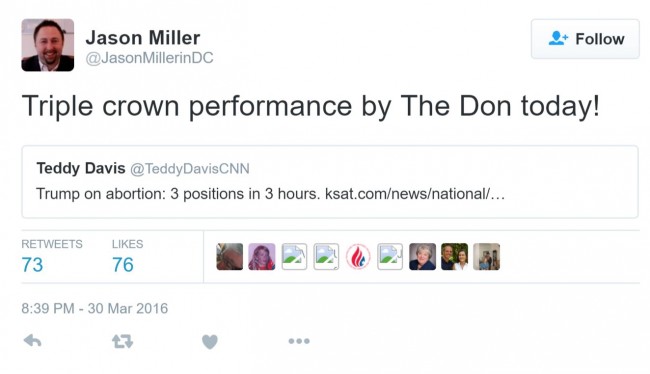 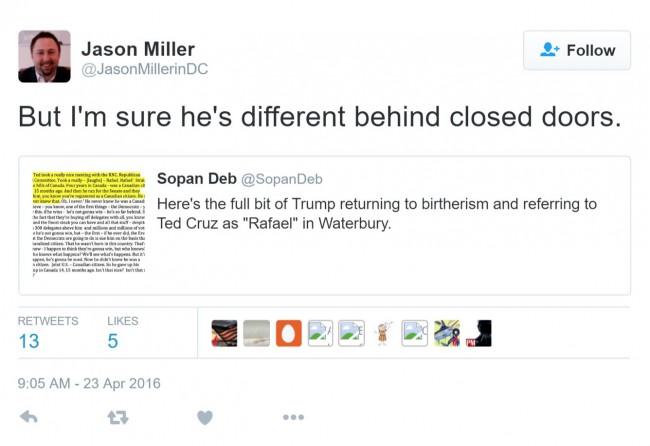