Twitter Blows Up Amid NEW Blackface Scandal and Report on Profane Fairfax Remarks: ‘What’s the Matter With Virginia?’ 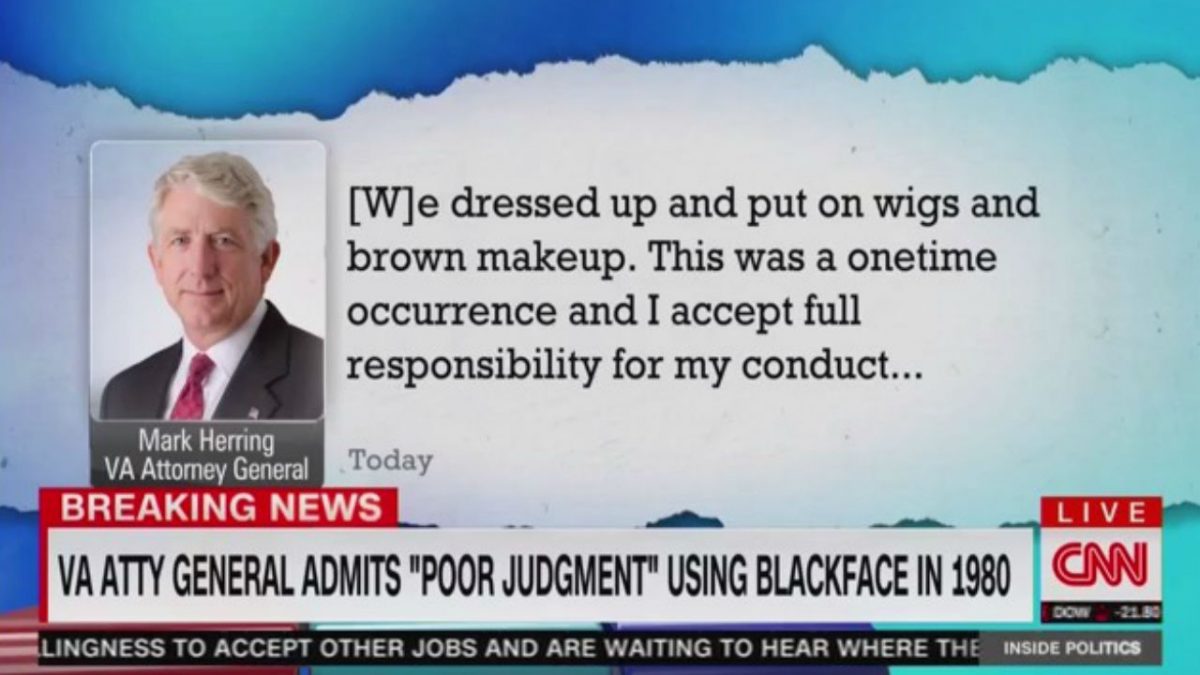 Just as Ralph Northam was starting to recede from the news cycle… this happened.

In the span of a few minutes, news broke that Virginia Attorney General Mark Herring (D) wore blackface in college (which he admitted to), and that Lt. Gov. Justin Fairfax (D) privately said “fuck that bitch” about the woman accusing him of sexual assault (which his office is denying).

have we tried unplugging Virginia and then plugging it back in again?

Props to Virginia for somehow making Terry McAuliffe, a guy who left his wife in the delivery room to attend a political fundraiser, look like a wholesome model for public service.

Line of succession in VA, for those keeping track at home:

I cut my teeth covering what I thought was the craziest political state, Florida

Two blackface scandals involving the VA gov & attorney general nearly defy belief, except for the fact that this was the Confederacy's capitalhttps://t.co/82WlY1lA2l

VA AG Mark Herring, 2nd in line for governorship, apologizes for wearing blackface when he was 19. Gov & Lt Gov under fire. Can anybody run this commonwealth?

Herring said on Saturday that it was "no longer possible" for Northam to serve as governor after his blackface admission.

congratulations to virginia on its new job as florida

“We are pleased to announce that Milkshake Duck has been named governor of Virginia.”

We go live to the Virginia Democratic Party. pic.twitter.com/3iEBGGf8iy

What’s the Matter With Virginia? I mean, really.
How tough was it to keep black shoe polish off your face or stay out of klan robes as a young man in that state in the 1980s? https://t.co/AyO1BbBbE8

OMG! What’s wrong with the Virginia Democratic Party? First the governor, then the Lt Gov’s problems now the third in line, the states Attorney General, another Democrat has a “blackface” problem!

It’s almost like Democrats are totally full of crap! Disgusting!