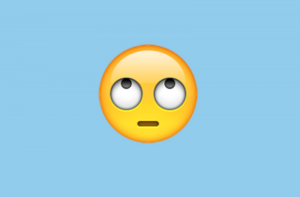 There is a new trending topic on Twitter right now. Thanks to an annotation from the website, I know that it has been trending for three hours, which is almost as long as I’ve been on my shift today. The trend is #CanIGetPaidTo and it is full of people who want to know if they can get paid to do mundane things or get paid to do things that they love. Delightful.

For the record, you can get paid to do absolutely anything. That is a lesson I learned during my first-ever advising session after arriving at my university. My school-appointed advisor asked what hobby or passion I would do if money weren’t an object or if I could be paid for it no matter what. I was hesitant but he told me that anything can yield cold, hard cash if you frame it right, so I responded that I love public speaking and he said, “Great. Be a broadcast journalist.”

That became my goal and currently, I write about broadcast journalists and have no complaints. It took me a few years of writing excruciating personal essays for $25, doing free music and movie reviews, and volunteering/butt kissing all over town, but like I said, no complaints; I feel fulfilled and I know all the time in the trenches was worth it. I don’t know what I will be doing in a few years, but I do know I am going to work very hard at written reporting in that time. Do you know what I’m not going to do? I’m not going to participate in mass digital circle jerks about how hard adulthood is and how sad I am I can’t get paid to do something that I [spoiler alert!] could get paid to do if I just tried.

Here, let me show you!

#CanIGetPaidTo surround my existence with nothing but music?

Yes, you can. You could be a music reporter, a producer, the owner of a studio, or a short film editor. You could even be paid to be the person who listens to songs and writes down all their attributes for services like Pandora.

#CanIGetPaidTo tweet? Because I could get used to that.

Stop complaining. I hate to sound like my parents here, but if you can wake up on a Saturday morning and spend your day tweeting about the things you wish you could get paid for, you can also wake up and spend your day working toward getting paid for those things. It doesn’t happen all at once, but it also doesn’t happen if you just spend your free time making cynical jokes about how it never will.