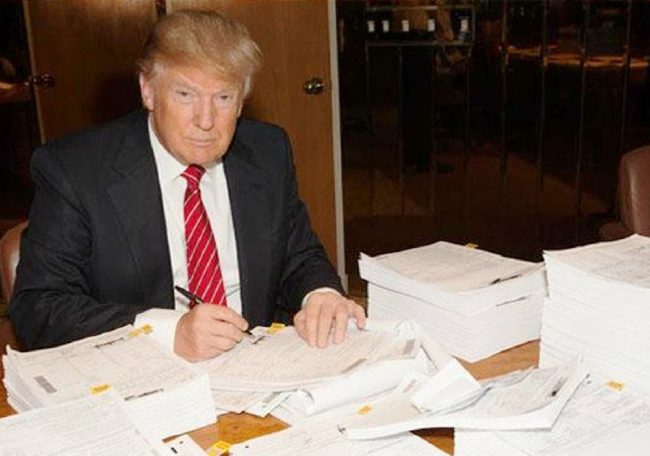 Two House Republicans signed on to a letter that was sent to House and Senate committee leaders urging those committees to call on President Donald Trump to provide copies of his tax returns.

The letter, sent earlier this week, included the signatures of of Rep. Mark Sanford (R-SC) and Rep. Walter Jones (R-NC) as well as the majority of the Democratic caucus. It asked for the chairs of the House Ways and Means Committee and Senate Finance Committee to push Trump to release his returns from the last decade.

“Disclosure would serve the public interest of clarifying President Trump’s conflicts of interest in office, the potential for him to personally benefit from tax reform, and ensure that he is not receiving any preferential treatment from the IRS.”

“We believe the powerful and respected Committees on Finance and Ways and Means have the responsibility to ensure oversight of the executive branch by requesting a review of President Trump’s tax returns and moving toward a formal release of these documents to the public.”

Earlier in the week, one of the letter’s signatories and authors — Rep. Bill Pascrell (D-NJ) forced the House to vote on a measure that would have forced the president to release his returns. While it was defeated on a largely party line vote, both Sanford and Jones voted ‘present’ instead of yea or nay.

POTUS became the first major party nominee to refuse to publicly release his taxes in forty years. He has cited an ongoing audit of his taxes as one of the reasons he will not make the public.