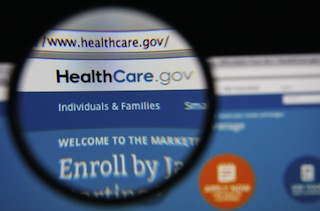 Hey, remember the Affordable Care Act? We were yelling about it a lot a few months ago. Anyhoo, two studies released Thursday claim that those who obtained insurance through the law’s state and federal exchanges, including an overwhelming amount of Republicans, are satisfied with it, and that anti-Obamacare advertising may have inadvertently increased enrollment.

A survey from the Commonwealth Fund found, as other studies have, that the nation’s uninsured rate had dropped 25% since the implementation of the ACA, representing about 9.5 million newly insured and a sizable drop in the number of uninsured 18-29 year olds. Of the newly insured, 58% reported that they were better off than before (only 9% said worse), and 75% said they were optimistic the plan would improve their health care (the number was higher for those enrolled through Medicaid). Even 74% of Republicans reported that they were “satisfied” with their coverage.

Per health care guru Larry Leavitt, it’s possible that this represents the enthusiasm of those who’ve longed for health care finally getting it, rather than a general verdict on the law; on the other hand, he expected to see more people rebel against the mandate, which doesn’t seem to be the case.

The news is not unmitigatedly good. 60% of those who had obtained a plan had used it for a doctor’s visit or prescription (of those, 62% said they would not have been able to afford the specific treatment before), and a number reported that they had a previously existing condition, all of which could indicate that the market pools leaned toward the sicker and thus more expensive customers, with the potential of accelerating rates next year.

Meanwhile, according to a study by the left-leaning Brookings Institute, the slew of anti-Obamacare ads may have “backfired,” both by increasing awareness about the law and scaring eligible applicants into signing up before Congress repealed it. Via Niam Yaraghi, the study’s author:

This implies that anti-ACA ads may unintentionally increase the public awareness about the existence of a governmentally subsidized service and its benefits for the uninsured. On the other hand, an individual’s prediction about the chances of repealing the ACA may be associated with the volume of advertisements against it. In the states where more anti-ACA ads are aired, residents were on average more likely to believe that Congress will repeal the ACA in the near future. People who believe that subsidized health insurance may soon disappear could have a greater willingness to take advantage of this one time opportunity.

If so, that would represent a poor ROI for anti-Obamacare advocates, who outspent the law’s proponents 15-to-1.