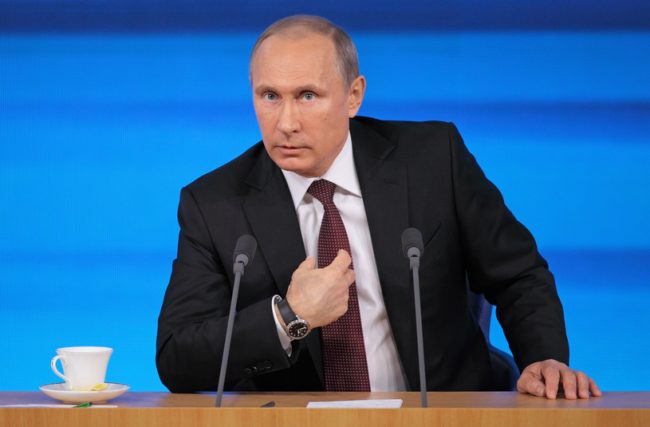 According to a Time Magazine story, American spies caught a Russian military intelligence officer boasting about meddling in the US presidential election six months before American voters went to the polls.

Senior intelligence officials explained that in May 2016, they heard the officer bragging to a colleague that the Russia’s intelligence agency (the GRU) had already disrupted the election. This was being done as payback for what Russia felt was Democratic presidential nominee Hillary Clinton’s role in Russian protests when she served as Secretary of State.

What the officer didn’t know, senior intelligence officials tell TIME, was that U.S. spies were listening. They wrote up the conversation and sent it back to analysts at headquarters, who turned it from raw intelligence into an official report and circulated it. But if the officer’s boast seems like a red flag now, at the time U.S. officials didn’t know what to make of it. “We didn’t really understand the context of it until much later,” says the senior intelligence official. Investigators now realize that the officer’s boast was the first indication U.S. spies had from their sources that Russia wasn’t just hacking email accounts to collect intelligence but was also considering interfering in the vote. Like much of America, many in the U.S. government hadn’t imagined the kind of influence operation that Russia was preparing to unleash on the 2016 election. Fewer still realized it had been five years in the making.

The Time piece also noted that one Russian soldier posed as a middle-aged American housewife to infiltrate a social media group to engage in political debates. The officials who spoke to the magazine also pointed out that Russia created a Facebook profile that spread specific stories meant to influence particular reporters.

The intelligence community has already concluded that Russia attempted to influence the election to help Donald Trump win. It was also reported in January that communications of Russian officials celebrating Trump’s election victory were intercepted by American intelligence.