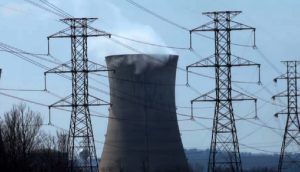 According to the New York Times, the Department of Homeland Security and the FBI issued a joint report stating that hackers had been targeting nuclear facilities since May. The report noted that the hackers were looking to “map out computer networks for future attacks.” The DHS/FBI joint report came with an urgent amber warning.

Well, according to Bloomberg, current and former US officials say that the hackers were working for a foreign government. And guess which country looks to be doing the hacking.

The chief suspect is Russia, according to three people familiar with the continuing effort to eject the hackers from the computer networks. One of those networks belongs to an aging nuclear generating facility known as Wolf Creek — owned by Westar Energy Inc., Great Plains Energy Inc. and Kansas Electric Power Cooperative Inc. — on a lake shore near Burlington, Kansas.

The possibility of a Russia connection is particularly worrisome, former and current officials say, because Russian hackers have previously taken down parts of the electrical grid in Ukraine and appear to be testing increasingly advanced tools to disrupt power supplies.

These reports by both the New York Times and Bloomberg come as President Donald Trump is at the G20 Summit in Germany and is preparing to have his first ever face-to-face meeting with Russian President Vladimir Putin. While it is unclear if Trump will bring up either these cyberattacks or Russian election meddling with Putin, the president did decry Russia’s “destabilizing activities” in a speech on Thursday in Poland.

Meanwhile, CNN reported on Thursday that Russia has increased its spying efforts within the United States since the election. Russian spies appear to be citing the lack of retaliation against Russia for interfering in the US election as the main reason they’ve ramped up their activity.