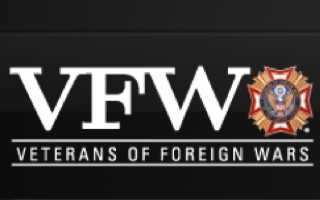 The major veterans organization Veterans of Foreign Wars are calling for an apology from MSNBC host Chris Hayes, who yesterday expressed discomfort with using the term “heroes” in relation to fallen soldiers, as he found the term “rhetorically proximate to justifications for more war.” Calling his words “insipid” and “callous,” the organization demanded an apology in the name of “broken-hearted children, spouses and parents left behind to grieve for a loved one.”

Hayes’ comment on Sunday, part of an hour on Up about the military, was that he felt “uncomfortable” with the word because “it seems to me that we marshal this word in a way that is problematic.” VFW National Commander Richard DeNoyer spoke to FoxNews.com and demanded in the name of the families of the fallen an apology:

“Chris Hayes’ recent remarks on MSNBC regarding our fallen service members are reprehensible and disgusting,” VFW National Commander Richard DeNoyer said in a statement to FoxNews.com. “His words reflect his obvious disregard for the service and sacrifice of the men and women who have paid the ultimate price while defending our nation. His insipid statement is particularly callous because it comes at a time when our entire nation pauses to reflect and honor the memory of our nations’ fallen heroes.”

He continued: “It is especially devastating to the many broken-hearted children, spouses and parents, left behind to grieve for a loved one. Such an ignorant and uncaring and blatant disregard for people’s deep feelings are indefensible, and that is why the Veterans of Foreign Wars of the United States demand that Mr. Hayes and MSNBC provides an immediate and unequivocal apology.”

“On Sunday, in discussing the uses of the word “hero” to describe those members of the armed forces who have given their lives, I don’t think I lived up to the standards of rigor, respect and empathy for those affected by the issues we discuss that I’ve set for myself. I am deeply sorry for that.

As many have rightly pointed out, it’s very easy for me, a TV host, to opine about the people who fight our wars, having never dodged a bullet or guarded a post or walked a mile in their boots. Of course, that is true of the overwhelming majority of our nation’s citizens as a whole. One of the points made during Sunday’s show was just how removed most Americans are from the wars we fight, how small a percentage of our population is asked to shoulder the entire burden and how easy it becomes to never read the names of those who are wounded and fight and die, to not ask questions about the direction of our strategy in Afghanistan, and to assuage our own collective guilt about this disconnect with a pro-forma ritual that we observe briefly before returning to our barbecues.

But in seeking to discuss the civilian-military divide and the social distance between those who fight and those who don’t, I ended up reinforcing it, conforming to a stereotype of a removed pundit whose views are not anchored in the very real and very wrenching experience of this long decade of war. And for that I am truly sorry.”