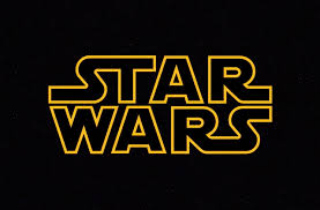 Vox Dot Com probably should have seen the inevitable blowback coming when it published a piece with this headline:

Rogue One is the first Star Wars movie to acknowledge the whole franchise is about war https://t.co/Wz6sAaiaDb

What they were going for was of course the argument that Rogue One was the first Star Wars film to accurately portray the horror of war (although Aunt Beru, Uncle Owen, and the people of Alderaan might disagree). But the way the headline was phrased– implying that it was some sort of secret that the Star Wars films were about, you know, wars– naturally spurred a deluge of snark and parody.

@voxdotcom if you look carefully ‘wars’ is in the title

@voxdotcom hey wow look at this hidden message in “a new hope” pic.twitter.com/RdwUOo9el8

@voxdotcom wow how deep does the rabbit hole go? pic.twitter.com/3osmE3CEyY

If you read real closely, there’s also a clue in the title https://t.co/TGMpJvYlYV

Lord of the Rings: The Return of the King was the first one in the series to acknowledge the franchise is about the lord of the rings.

.@voxdotcom The Godfather Part III is the first Godfather movie to acknowledge the whole franchise is about familial relationships

Vegas Vacation is the first in the series to acknowledge the Griswolds are on vacation. https://t.co/fGj5qrgLdh

If only the filmmakers could have worked it into the title somehow… Reminder: Vox slogan is “The smartest thinkers, the toughest questions.” https://t.co/WVmxusYnIz